Manila In The Claws Of Light 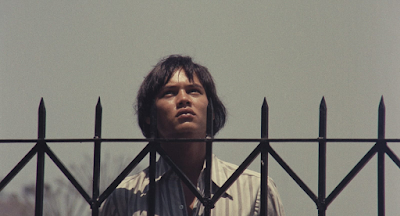 
Many films about people moving from the country to the big city detail the loss of innocence as the dream of a shining land of opportunity yields to a grim reality. Julio Madiaga (Rafael Roco Jr.) arrives in Manila with no such delusions. His eyes are already wide open to potential horror as he has come to search for his girlfriend Ligaya (Hilda Koronel), who he suspects has been lured into a sex trafficking ring. Already expecting to find a nightmare, what Julio discovers in Manila turns out to be even worse.

In “Manila, In The Claws of Light” (1975), director Lino Brocka, adapting (along with screenwriter Clodualdo Del Mundo Jr.) a novel by Edgardo Reyes, depicts the capital city of The Philippines as a broken society designed to exploit and ultimately destroy the working class. Julio risks life and limb working in construction for two and a half pesos a day, with his supervisor skimming almost half his wages in the process. Julio's eventual turn to the sex trade himself is entirely understandable, though it brings him just as much misery. In a country ruled by the iron-fisted martial law of dictator and kleptocrat Ferdinand Marcos, there is nowhere to turn for justice, certainly not to a corrupt police force.

Constantly seekingr his lost Ligaya, Julio at least finds some sympathy from his co-workers, who Brocka depicts as generous and decent, if perhaps a bit misguided. One dreamer argues the merits of the big city over the country, observing that life might be tough here, but at least you have a chance to win the jackpot. Maybe, just maybe someday. In a sense, Julio agrees, though the only prize he cares about is Ligaya, and he will suffer any indignity as long as the chance to find and rescue her remains alive.

Brocka had begun his film-making career directing more commercially-oriented soap operas, but after a brief self-imposed hiatus, he returned to cinema with the goal of making more socially engaged work. “Manila” was not his first success on this front, but it provided an international breakout that established Brocka as one of the preeminent voices of Filipino cinema. Today,the film is generally regarded as his masterpiece and perhaps even the greatest Filipino film of its time, though its fair to say that the majority of Western critics making such an assessment haven't seen enough Filipino cinema to really know. 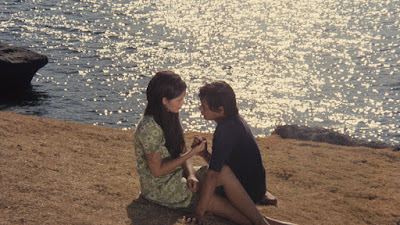 Like most of Brocka's films, the low-budget “Manila” is usually described with terms such as “realism” and “naturalism” which are both apt, but the film indulges in plenty of impressionistic touches, including the numerous flashbacks to Julio's nostalgia-tinged remembrances of more innocent times back home with Ligaya. The film's exquisitely rendered nighttime sequences in Manila also offer a striking visual and tonal contrast to the daytime shots, though the city is equally menacing at all times.

Roco was an amateur actor who Brocka found in a rehab center (at least according the documentary included on this disc) and his quiet, unassuming performance renders Julio a palpable and sympathetic figure, making it all the more painful to watch his grueling trudge along his own Via Dolorosa. Viewers will figure out early that the film isn't blazing a trail to a happy place, but the ending is still startling and unforgettable. 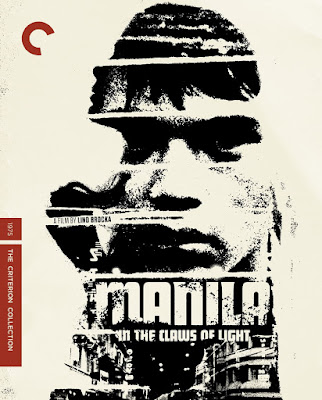 Video:
The film is presented in its original 1.85:1 aspect ratio. This restoration is another product of The World Cinema Project, headlined by Martin Scorsese.

From the Criterion booklet: “This work was restored in 2013 by the Film Development Council of the Philippines and the Cineteca di Bologna/L'immagine Ritrovata laboratory, in association with The Film Foundation's World Cinema Project, LVN, Cinema Artists Philippines, and cinematographer Mike De Leon. This restoration was funded by Doha Film Institute. Supervised by De Leon, this digital transfer was created in 4K resolution from the 35 mm original camera negative... Because of color decay in the negative, De Leon guided the grading phase and validated the color using a positive print as a reference.”

The decayed state of the negative presented numerous challenges to restorers, but the strong final product is a testament to their hard labor. A few shots, especially in the beginning, look a bit soft and lacking in detail, but this is only an occasional problem. Colors are bright though not gaudy, and it appears that restorers resisted the urge to “overcorrect” any degraded elements. You see a few scratches and other signs of damage, but it all has an authentic, naturalistic look.

Audio:
The linear PCM Mono track isn't the most robust you've ever heard, and some of the dialogue and music sounds a bit thin or tinny at times, but it's not a problem. Optional English subtitles support the Tagalog dialogue.

Extras:
Since this restoration is associated with The World Cinema Project, Martin Scorsese provides a brief intro (2 min.) about the film and Brocka.

“Manila... A Filipino Film” is a 1975 documentary (23 min.) by filmmaker Mike De Leon (the cinematographer on “Manila”). This consists of some on-set footage as well as interview with Brocka and the cast.

“Signed: Lino Brocka” is a 1987 documentary (83 min.) by Christian Blackwood which consist mostly of Brocka either at work or just talking to the director about his career. He's an electric personality and it's a thrill to get to hear so much from him, especially considering Brocka would die in a car accident just four years later.

In “Challenging the Viewer” (19 min.) critic and filmmaker Tony Rayns discusses Brocka's early career (I had no idea he was a Mormon!) and then delves into the “Manila” adaptation in some detail.

The slim fold-out booklet includes an essay by film scholar Jose B. Capino.

Final Thoughts:
This is the second Brocka film released by Criterion in the past few years after “Insiang” (1976) was included as part of the “Martin Scorsese's World Cinema Project 2”box set last year. It's great to see Brocka's signature film receive a stand-alone release with ample extras to support the film. I hope many more Filipino films will join the collection in the near future. “Perfumed Nightmare” could sure use the deluxe treatment.
Posted by Christopher Long at 7:30 AM No comments: