Vincent: The Life and Death of Vincent Van Gogh 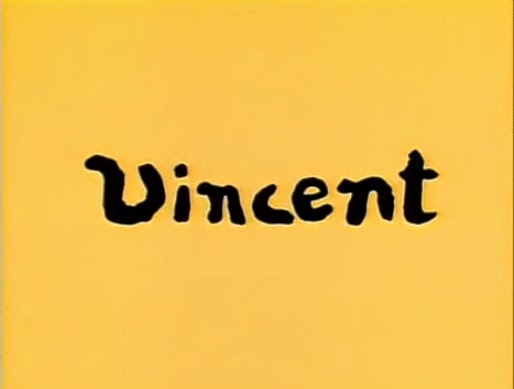 (This was one of the earlier reviews I wrote, presented with only modest revisions. Re-posted in honor of director Paul Cox, who passed away today at age 76.)

Vincent van Gogh wrote over 700 letters to his brother Theo. If you read (or listen to) them, you can’t help but come to the conclusion that van Gogh was a gifted writer as well as a brilliant painter. In his letters, he shares his passions and his sorrows: sometimes he sounds as giddy as a child discovering new secrets each day; other times, his bitter disappointment with his isolation overwhelms him.

Director Paul Cox uses these letters as the basis for his semi-documentary “Vincent: The Life and Death of Vincent van Gogh” (1987). The letters, read by off-screen narrator John Hurt, comprise the entire text of the film, and function as a guide through the life’s work of the artist. Van Gogh did not take up painting until he was in his late 20s and committed suicide at the age of 37. In just ten years, he worked at a prodigious pace that staggers the imagination, over 900 paintings and 1,100 drawings. Not to mention the letters.

Hurt’s reading accompanies some deeply evocative images by Paul Cox, who serves as cinematographer and editor as well. Though in some cases he recreates (or shows) the actual paintings, Cox has something far more interesting in mind. He replicates the environment in which van Gogh lived while he painted: the trees and lanes he strolled by each day, the windmills that dotted the horizon he saw from his window, the peasants and farmers who toiled in the nearby fields, the briefly glimpsed women whose elusive presence tormented him. The camera pans slowly around a forest clearing or tilts languorously along the fine edge of a windmill blade, though at other times the movements are sharp, capturing a frenzied blur of motion. 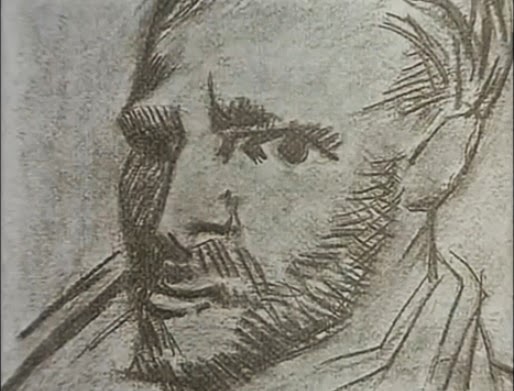 Hurt’s narration captures both the agony and the ecstasy of van Gogh; sometimes Hurt works himself up to such a fever pitch we can practically envision Vincent as a preacher witnessing to his invisible flock (he did flirt briefly with the idea of entering the clergy). Van Gogh, as you would assume, held strong opinions about his work and about his peers. He believed artists of his day simply didn’t do enough with color; he waxes rhapsodic about the boundless possibilities of blue and orange. He is equally passionate about drawing the lives of common folk; who needs another commissioned portrait of a king or prince?

Cox covers a wide range of van Gogh’s work, giving equal time to some of his lesser-known works. The film focuses a great deal of attention on “The Potato Eaters,” but barely shows a glimpse of “Sunflowers” or even “The Starry Night.” Most interesting of all, Cox rushes right past the most famous events of van Gogh’s life, his severing of part of his ear, and his suicide in 1890.

Tragedy always lurks at the edges of the story, but the film focuses more attention on the sunnier aspects of van Gogh’s life, the sheer joy he took in painting what he saw. In one amusing and prescient letter, he laments that foreigners will likely be unable to pronounce his strange little Dutch name correctly; they’ll probably say “van Go.”

“Vincent” has a repetitive structure: Hurt reads the letters, the film pans over landscape or see recreations of 19th century village life, scan sketches or paintings, and so on. Is it a contradiction to say that I was completely absorbed by the film even while I was bored at times? “Vincent” is one of the best art documentaries (if we can even call it that) I have ever seen. It is no mere recitation of facts or fawning appreciation of a “great artist,” but a mature and insightful expression of the intense feelings of one of the most prolific and respected artists of this or any other era. 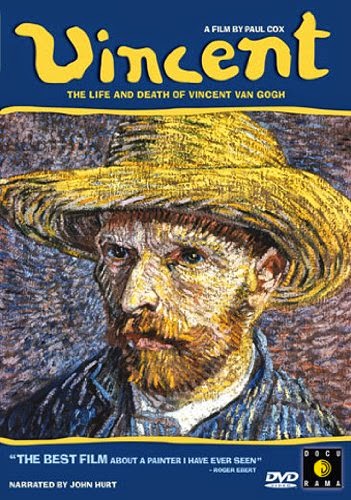 Video:
The film is presented in its original 1.33:1 full-screen aspect ratio. The video quality is somewhat disappointing with somewhat muted colors and apicture that seems a bit too dark, none of which does justice to van Gogh’s work.

Audio:
The DVD is presented in Dolby Digital Stereo. The soundtrack is all about John Hurt’s impressive vocal performance, and his deep, resonant voice is well preserved on this transfer. here are no subtitles or closed captions to support the audio.

Extras:
In addition to a few minor informational features (Filmmaker Biography, Vincent van Gogh Biography), the disc contains an interesting documentary (55 min.) called “A Journey with Paul Cox.” Cox, a Dutch master (Australian master as well) in his own right, has directed nearly 30 films over the last 40 years. Not quite as prodigious as Vincent, but not bad either. This documentary provides a very informative overview of his work. Like van Gogh, Cox has some pretty strong opinions about his medium of choice and is unafraid to share them.

Final Thoughts:
I was particularly pleased that Cox avoids the standard trope of romanticizing the tragedy of a great artist. There’s nothing romantic about burning out and dying young. I can’t help but wonder how many of history’s tortured artists would have lived longer and happier lives if they just had access to anti-depressants or other modern psychiatric treatments (with all due apologies to Tom Cruise).
Posted by Christopher Long at 9:20 AM