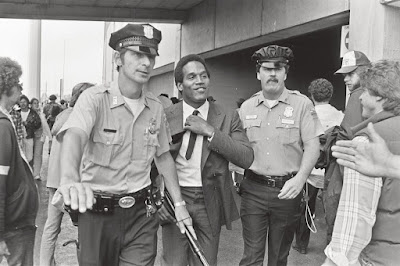 “What is your opinion of art?”

“I am very glad you asked me!”


“I withdraw the question.”

My mistake all along has been thinking of cinema as a year-round event. If you have the money to travel to multiple major film festivals good movies might fill the calendar, but relying exclusively on theatrical releases most of the time produces long, grim stretches of despair that lead inevitably to pointless pontifications about the death of cinema.

In this new year, this final year of Western civilization, I plan instead to think of film like a sports league: its season runs from November (when screeners start to hit my mailbox) to February (when the previous year's late-December awards hopefuls finally straggle out to theaters). During the March to October off-season, I'll just hope for a few good superhero movies, and consider anything else a bonus. Although mostly I'll just be watching baseball.

I have not yet seen Toni Erdmann, Elle, Aquarius, Silence, The Eagle Huntress, or The Death of Louis XIV (please, someone release Albert Serra's films on Blu-ray in North America), all movies I expect would have a reasonable chance of making my favorites list. I'm sure they will all survive without that singular honor. I have seen critical darlings such as Arrival, Hell or High Water, Neruda, Eye in the Sky, Manchester By the Sea, La La Land (to be fair, I gave up after 15 minutes), Weiner, and Jackie, and mostly wish I hadn't.

The worst of the year for me was Jackie, partly for Pablo Larrain's annoying employment of multiple framing devices, but mostly for Natalie Portman's passionately devoted but misguided attempt at slavish mimicry, the most irritating performance since... well, OK, since Jesse Eisenberg's inexplicable, indefensible rendition of Lex Luthor in the most pointless superhero movie ever made.

I'll spare you the oversized still for every single pick and shoot for a few images you might not have already seen instead.

MY FAVORITE 2016 RELEASES SO FAR

O.J.: MADE IN AMERICA (Ezra Edelman)

I sincerely hope this series represents an emerging strand of mainstream documentary film-making, the long format providing the opportunity to present the degree of context necessary to tell this quintessentially American tragedy. I love that Ezra Edelman can stop to spend about ten minutes talking about the Hertz commercial campaign because it forms a crucial part of the argument he carefully develops about Simpson's evolving sense of identity. It would have held my interest at twice the length.

I AM NOT YOUR NEGRO (Raoul Peck)

Peck's masterful documentary makes me feel ashamed that I have yet to read anything by James Baldwin, who I was also tempted to nominate for this year's Best Leading Actor. Baldwin is the dynamic star, but Peck and his team know just when to cut away from the historical footage to more recent events. An abrupt cut that jumps ahead half a century from one screaming mob to another provides queasy evidence that the only real change in some cases is the addition of a cheap-ass red ballcap. 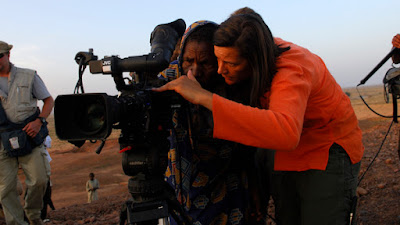 Documentary cinematographer Kirsten Johnson's equally masterful documentary also hops through time, and across continents, to create one of the most moving essay films of recent years. Dozens of hand-wringing reflexive documentaries have fussed about the potentially perilous interactions of filmmaker and subject, but I cannot recall one so clear-eyed in its ethical vision. If you've never previously thought much about documentary cinematographers as artists (or at all), here's your chance to re-think. I hope to have a chance to discuss this remarkable movie in sufficient detail when Criterion releases it on Blu-ray next month. For now, I'll settle for calling it one of the great films about filmmaking. It also deserves all the Best Editing awards.

My favorite feature film of the year? Make Mine Marvel! This is everything I used to dream a super hero movie could be. For starters, the directors, writers, producers, or whoever deserves credit on a corporate product like this get all the characters right. Every single one of them. How the hell do you make Ant-Man so much fun? Even Stan Lee couldn't. And it takes Tom Holland all of five seconds to flat-out own the role of Spider-Man for as long as he wants. For seconds, even beyond the flawless adaptation from page to screen... omigod, that airport battle! I've watched Civil War five times, the airport battle many more. Hold on, I'll be back in about 15 minutes.

In another twenty years or so, we can decide where this grim, slow-burn chiller ranks all-time among directors' debut features. For now, I'll just savor the most evocative and convincing horror film I have seen in years, a rare multiplex release bold enough to embrace the power of silence. A lot of my favorite performances this year were logged by very young actors – Anya Taylor-Joy shouldn't get lost in the shuffle just because her movie came out almost a year ago.

I laughed, I cried. OK, I just laughed. The bookend two-parter of the new X-Files season was kind of a dud, but the episodes in the middle recaptured the old fun. Darin Morgan's contribution, unsurprisingly, towered above the rest, presenting an antagonist-protagonist with a genuinely unique perspective on life. There are now two fictional characters I closely identify with: Bartleby the Scrivener, and Rhys Darby's Were-Monster. Also, Scully must really be immortal 'cause... wowsa! 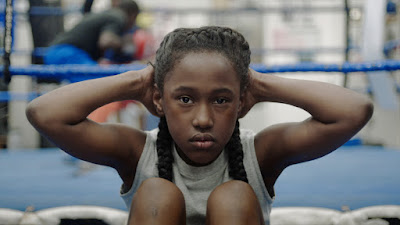 The Fits is one of the most formally ambitious American features of the year, and director Anna Rose Holmer's wisely wraps up her hypnotic audiovisual tour-de-force in a brief running time. Continuing the youth movement, I did not see a lead actress performance this year better than Royalty Hightower's (seen immediately above).

Let's call this the Greatest Working American Directors portion of our program. And remember I still haven't seen Silence.

I have no idea why Hail, Caesar! was dismissed as a minor Coen farce. It's absolutely hilarious and flat out reeks with perfectly calibrated comic performances. I'll spotlight one that hasn't gotten much press: Robert Picardo's scene-stealing cameo of the year as a pragmatic rabbi. I'd rate Knight of Cups even higher if not for the fact that tarot cards make for such a silly organizing conceit – but I pretty much loved everything else about it. I remain a proud member of the Malick cult. Ditto the Kelly Reichardt cult. Certain Women isn't quite on par with Wendy and Lucy or Meek's Cutoff, but it's still one of the year's best and let's just please give every supporting award to Lily Gladstone right now. Everyone I know knows I'm in the Jim Jarmusch cult too. Right now, I think of Paterson as mid-range JJ, but I've already upgraded it on a second viewing. Check in with me in a year and I'll probably be calling it a masterpiece. I'm sure we can use a tribute to relevance of poetry any year – it just feels like we need one even more right now.

HUNT FOR THE WILDERPEOPLE (Taika Waititi)

This New Zealand outback fairly tale balances bitter and sweet to great comic effect, and I'll push the youth movement again with a shout-out for Julian Dennison as the beleaguered but resilient young protagonist. The Ricky Baker Happy Birthday Song is the greatest original film composition of the 21st century. I haven't seen Waititi's much-praised What We Do In the Shadows, but now I need to, and I have great hope for his upcoming stab at the sputtering Thor franchise.

Easily the best of this year's likely awards contenders, this coming-of-age story is two-thirds great. My slight disappointment with the final third keeps from embracing it with full enthusiasm, but maybe Jenkins “mistake” is setting the bar so high from the get go. It's a damn good movie, and I like Jenkins' earlier Medicine for Melancholy just as much. 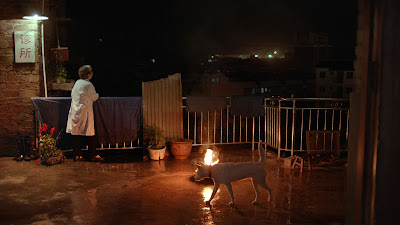 I'm not sure what to make of Bi Gan's debut feature about a doctor who goes looking for his missing nephew, a plot summary which provides precisely no insight into the film. After just one viewing, it feels like a mashup of Andrei Tarkovsky and Tsai Ming-liang, but I've learned by now that viewing debut features in terms of other filmmakers' work is a lazy way of (mis)categorizing movies. Bi Gan's movie is bursting at the seams with the ambitions and influences many filmmakers are eager to stuff into their debuts. They might not all fit together, but the result is often mesmerizing.

The only reason Chantal Akerman's final film wasn't my top pick this year is that I made it my top pick last year. I probably should have done it again.
Posted by Christopher Long at 5:28 PM