Here Is Your Life 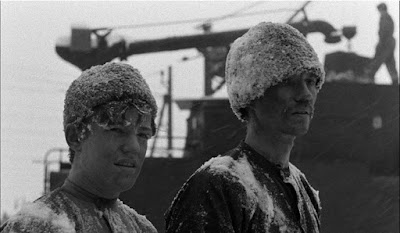 
Director Jan Troell's debut feature “Here Is Your Life” (1966) does not lack for ambition. Adapting four autobiographical novels by Swedish author Eyvind Johnson, the 168-minute film relates the coming-of-age story of teenage protagonist Olof Persson (Eddie Axberg) at a leisurely pace that reflects the rhythms of rural northern Sweden circa 1916, making for a mellow but still sweeping epic.

Olof is provided no idyllic beginning. In the opening scene he is leaving his foster family, with whom he has stayed because of illness and poverty in his own home, to strike out on his own at the ripe old age of fourteen. Though Sweden remained neutral during World War I the global conflict has still roiled the homefront and he faces the limited set of grim choices available to the disenfranchised working class of the time.

He finds hard work logging on a river which eventually leads into his next job at a sawmill. Life is a constant challenge and death can arrive suddenly in pre-union workplaces, but he finds his share of solidarity among the workers, mostly older men through whom he gleans the lessons that will guide him into adulthood. He doesn't start smiling much until he lands a gig working at a movie theater though the improvement in his mood may have something to do with the fact that there are finally a few girls around. Olof will dally with his share of lovers both his age and older; the intermittent presence of forty-something Olivia (Bergman veteran Ulla Sjöblom), queen of the shooting gallery, provides some of the film's most memorable moments. 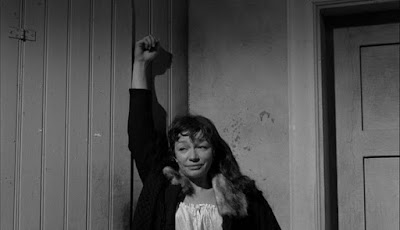 Troell, who also co-wrote and photographed the film, is at his best when depicting the details of life on the job, no doubt an outgrowth of his training as a documentarian. Shots of toothy saws buzzing and men hopping along makeshift rafts on the river draw the viewer into Olof's daily existence and that of his fellow travelers. Cinephiles will probably respond strongly once Olof starts working as a projectionist for a traveling road show, meticulously lighting the lamp and then turning the hand-cranked Pathé projector for audiences thrilling to the wonder of silent cinema.

Troell's ambition extends beyond kitchen-sink realism, though, and he winds up throwing in everything but the kitchen sink in a stylistic hodge-podge that owes more than a bit to the Nouvelle Vague. The film is shot in luminous black-and-white but a sudden splash of hand-tinted abstract color provides a poetic charge that infuses young Olof's journey with a romantic aura. Somewhat less successful, to me at least, is the use of periodic freeze frames that feel more like a self-conscious distraction than an enhancement. “Here Is Your Life” is generally at its most effective when at its most straight-forward. 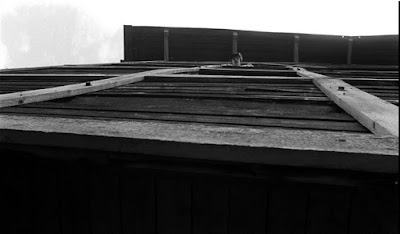 The aforementioned black-and-white photography by Troell is sometimes startlingly beautiful, especially with its foregrounding of the natural environment that inevitably defines much of Olof's character. Rivers, trees and sprawling farmland transform with the progression of seasons and Troell's camera patrols vertically as well as sweeping the horizon, providing glimpses of scudding clouds and wooden structures stretching to the skies, echoing the dreams of our restless protagonist.

For all the beauty of the landscape, the enduring image is the face of that dreamer, a deceptively innocent naif who soaks in every experience like a sponge. The most notable running motif in the film is Olof's obsession with reading; he consumes words greedily whether on discarded pages of newspaper or in books he salvages along the way. He reads by flashlight at night, he even reads while sawing wood which might cause viewers a few anxious moments each time one hand gets close to the blade while another reaches to turn a page. 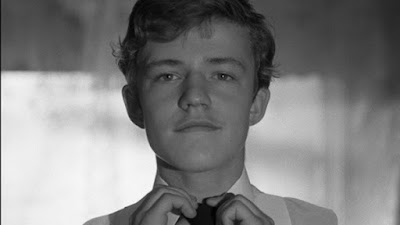 Watching Olof read so much provides us the opportunity to grow along with him as he acquires the kinds of new ideas that will make it difficult for a rigid class society to contain him in his defined role. He becomes increasingly radicalized by Marxist ideology and the jokes he tells with a fellow railroad worker about all the bosses they plan to line up and shoot when the revolution finally comes start to sound less and less like jokes. Fortunately the action wraps before Olof, somewhere in the vicinity of eighteen, organizes his first firing squad. It's easier to like him that way.

Growing up with Olof helps make some of the duller stretches of the film more bearable because most of us remember just how boring growing up really is (while we hold out hope that adulthood will eventually get more interesting). It is admittedly a trial at nearly three hours and stumbles from time to time with its more heavy-handed stylistic choices, but it's also a vivid and memorable portrait of a young man, a region and its workers.

Also, Max Von Sydow shows up in one scene. 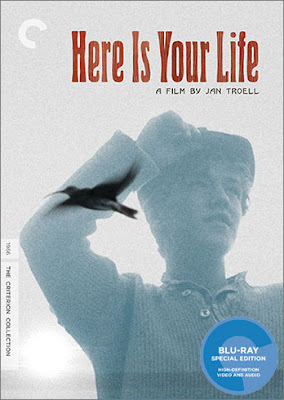 Video:
The film is presented in its original 1.66:1 aspect ratio. The restored high-def transfer has a pleasing grain structure that highlights the stark black-and-white photography. The few color sections look quite vivid as well. Both close-ups and landscape shots show up the sharp image detail present throughout. Very little damage is noticeable on this nearly 50-year-old film.

Audio:
The LPCM Mono track can best be described as efficient and functional. There's not much in the way of depth but there probably isn't supposed to be. The score by Erik Nordgren isn't exactly resonant but it's strong enough. Optional English subtitles support the Swedish audio.

Extras:
Criterion hasn't fully loaded the deck as they often do, but they've dug up a few useful extras.

Jan Troell speaks with film scholar Peter Cowie (2015, 34 min.) about his early days in cinema, the changes in Swedish film production (increased government subsidies) that helped pave the way for his debut and his creative partnership with producer and co-writer Bengt Forslund.

Criterion has also included the short film “Interlude in the Marshland” (1965, 30 min.) which was Troell's segment of the omnibus film “4 x 4.” This was also based on a story by Eyvind Johnson and stars Max Von Sydow.

Final Thoughts:
I usually run screaming in the other direction when I read the phrase “coming-of-age tale” and I will admit that there were moments I wished the film would lose about 45 minutes of running time as it indeed did for its brief and unsuccessful North American release. But maybe I'm just a sucker for characters who read and also for Scandinavia because I found Olof (and his country) interesting enough to take the long, slow journey with him.
Posted by Christopher Long at 8:34 PM