The airline passengers in “Goke, Body Snatcher From Hell” (1968) are doomed all right, but what will finally do them in? Is it the bomb scare radioed in to the pilot in the opening scene? Or perhaps the suicidal birds that splatter red-black feather blood against the cabin windows? How about the not-related-to-the-bomb-threat gangster who sneaked a gun on board and takes the crew hostage? Maybe it's the UFO that has been reported in the vicinity.

Since all of these game-over threats materialize before the opening credits even roll, there's plenty to keep you guessing. Which one will kill our brave and unfortunate men and women? Do you think you know the answer? Well, you don't, because it turns out it's the space vampires. Duh.

It's just the kind of genre-mashing, logic-defying lunatic plot hypersaturation that enables you to overlook the fact that Goke isn't from Hell at all, and that there really isn't even a Goke because, well geez man, space vampires. And don't forget about that gangster or that bomb guy 'cause they're not going anywhere either. “Goke” weaves a complex tapestry and it's something magnificent to behold.

“Goke” was one of four sci-fi/horror films released by the venerable and venerated Shochiku Studios in 1967-1968. The house best known for Ozu, Mizoguchi, and, later, Oshima, was slow to embrace the monster movie craze kicked off by Ishiro Honda's monumental “Godzilla” (1954), and their entry into the field was over almost before it started, but they certainly didn't hold anything back. The late sixties marked the crest of a few New Waves and while Shochiku might have skimped a bit on production values, they left enough in the budget for the kind of gonzo innovation and stylization that assured this quartet of films an enduring life as cult favorites.

“Goke,” directed by Hajime Soto, is easily the highlight of the collection for me. The deranged premise is matched by an equally deranged cast of characters, including not only that gangster and wannabe bomber (who turns out not to be so bad) but also a semi-sadistic psychologist, a space biologist (lucky, that), and an American woman en route to Vietnam to pick up the body of her soldier husband. Perhaps the standout is Mr. Mano, a corrupt, venal politician who is given such glorious lines as “Humanism! Just what we need!” and “Intellectuals always try to confuse people!” You won't weep for many of them as the body count rises, but just when you think the film can't top its pre-credits insanity here comes an ending that will remind you of just puny this little old pale blue dot of a planet really is.

“Goke” is iron-clad-nutso proof that a film can be simultaneously ridiculous and smart, and should not be confused for disposable camp. Its secrets to success are not so secret: damned fine writing and damned fine filmmaking (cinematographer Shizuo Hirase was at the top of his game). It's a daunting task to crack any “best of” list from 1968, but I state with supreme confidence that “Goke, Body Snatcher from Hell” is an accomplishment on par with just about anything New and/or Wavey anywhere in the world in that landmark year. 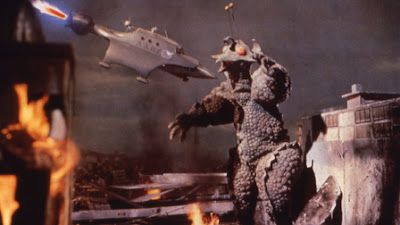 I wasn't as overwhelmed by the other three films in this Eclipse set, but I can say that each of them has its distinct charms. “The X From Outer Space” (1967) kicked off Shochiku's genre foray. It is way too laden with exposition and takes far too long to unleash its man in a rubber suit on helpless urban populations, but once space monster Guilala starts knocking over buildings and uprooting transformers, the mayhem that ensues achieves a kind of mindless white-noise poetry whose appeal is undeniable. Plus it's inspiring to watch our intrepid heroes struggle to figure out how to stop the nuclear-powered dynamo. “Perhaps if we smother Guilala with Guilalanium.” How the heck did you figure that one out, Mr. Science Person? The film's most memorable feature, however, is the incongruous score by Taku Izumi beginning with an inexplicably chipper opening credit theme and then sambaing its way through the rubble. 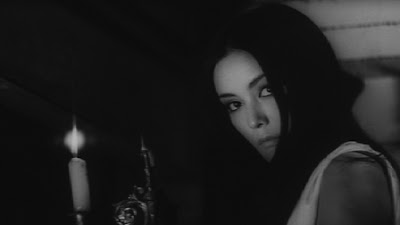 “The Living Skeleton” (1968) is the only black-and-white offering in the set, and it's heavy on atmospherics, light on everything else. The opening scene establishes the bleak world as a group of hostages on a cargo ship are gunned down in cold blood by crazed pirates. Fast forward three years and the twin sister of one of the victims abruptly finds the call of the ocean irresistible. The film is a twitching bundle of secret identities and hoary frissons that leads to a pretty silly and far too twisty denouement, but there are still pleasures to be had in this black-and-white coastal landscape even if the skeletons (living or dead) are a bit lacking in the scare department. 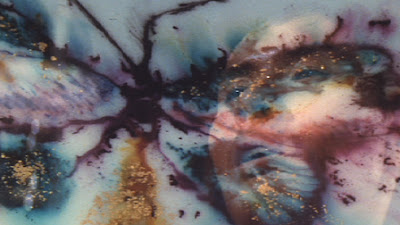 “Genocide” (1968) arrives with a premise almost as divinely deranged as that of “Goke.” An American plane carrying an H-Bomb soars above Japanese islands. The sight of a buzzing bee sparks bombardier Charly (Chico Rowland) to flashback to his Vietnam combat days and he accidentally opens the bomb bay doors. But no worries, the bomb is secure. Unfortunately, a swarm of insects seizes this opportunity to engulf and crash the plane, and eventually to threaten the human race with, what else, genocide? Add in at least one crazed scientist who wants to help the little buggers on their extermination quest (but with good reason, you can be sure), and you've got the recipe for disaster but... heck, there are no buts here. There's gonna be a disaster. I wish the execution was as inspired as the set-up, but if the film never approaches “Goke” for cinematic perfection, it has more than a few moments that make it worthwhile, and the final images are genuinely moving. Extreme close-up photography of insects will also send the creepy-crawlies down your spine. 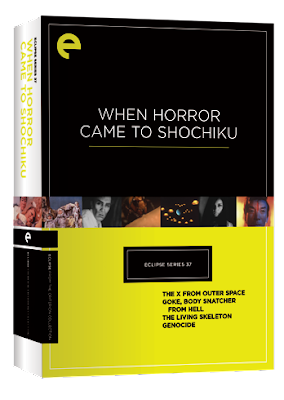 Video:
“The X From Outer Space” is presented in a 2.24:1 aspect ratio, “Goke” in 2.35:1, “The Living Skeleton” (the only B&W film) in 2.50:1, and “Genocide” in 2.47:1. Though these Eclipse editions have not been digitally restored, the picture quality is generally strong. “The Living Skeleton” looks particularly vital in its rich black-and-white contrasts. “The X From Outer Space” seems like the weakest of the lot overall, but doesn't present any significant problems, just some soft image quality at times.

Audio:
All four films are presented in Dolby Digital Mono. “The X From Outer Space” offers an English dub in addition to the original Japanese audio. There isn't much to say about the audio; some of the music and effects sound a bit thin or slightly warbled, but overall the audio is crisp. Optional English subtitles support the Japanese audio.

Extras:
As with most Eclipse releases, there are no extras. Each disc is stored in a separate thin keep-case with its own art. All four discs slide into the thin cardboard slipcover carrying the Eclipse Series logo.

Each disc has liner notes (a three page fold-out for “The X From Outer Space,” one page each for the others) by critic Chuck Stephens who writes both about Shochiku's overall foray into the sci-fi/horror genre and about each of the films.

Set Value:
According to Chuck Stephens, fans of “Goke, Body Snatcher from Hell” have taken to referring to the film as “Vagina-Face Apocalypse” (see below) which adds a super-cool nickname to an already super-cool title. Criterion started the year with an extraordinary Blu-ray package of “Godzilla” which has still held up as one of their best titles of 2012. Eclipse is now finishing the year with “When Horror Came to Shochiku” and if the average film quality can't match up to the original bad boy of the genre, I don't think “Goke” is that far off. I cannot recommend “Goke” highly enough. And the other three films are at the very least, fun ways to pass an evening and occasionally a lot more than that. 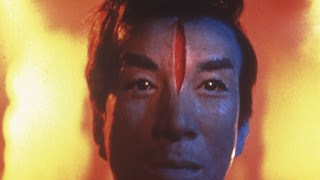 Posted by Christopher Long at 10:04 PM