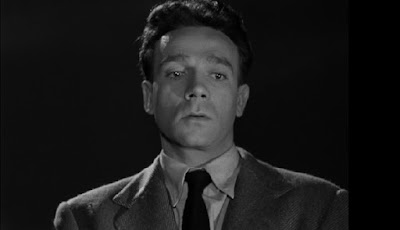 
Depending on your social (media) circle, Frank Borzage is either an all-but-forgotten figure from Hollywood's distant past, or a name that scrolls by on your Twitter feed every few hours accompanied by hagiographic hosannas. Borzage began his Hollywood career, first as an actor then as a director, during the heyday of the silent one- and two-reelers, and flawlessly navigated both the transition to feature filmmaking and then to sound cinema. Both a critical favorite and a commercial powerhouse, Borzage netted the first-ever Best Director Oscar for “7th Heaven” (1927 – he won for drama and Lewis Milestone won for comedy), and reeled in a second win just a few year later for “Bad Girl” (1931).

Borzage became widely admired for his earnest melodramas, but his romantic vision largely fell out of favor during the WW2 years, though his anti-Nazi film “The Mortal Storm” (1940) made a significant impact at a time (before Pearl Harbor) when Hollywood studios generally shied away from criticizing Hitler and all of that “European business.” By the end of the war, Borzage was slumming it at Republic Pictures, a Poverty Row outfit often celebrated today by cinephiles, but hardly viewed as a plum assignment by the former major-studio star.

While dutifully fulfilling the end of his contract, Borzage more or less stumbled into “Moonrise” (1948), a project abandoned by United Artists. Adapted from a novel by Theodore Strauss (who, gasp, doesn't even have his own Wikipedia entry), “Moonrise” tells the story of hard-luck Danny Hawkins, a small-town Virginian marked almost from birth for the sins of his father who was hanged for murder.

Borzage, working from a script credited to Charles Haas, makes the notion of “marking” quite literal in the film's moody, unnerving opening sequence. The camera focuses on several sets of feet trudging through puddle-drenched mud at night as the condemned man is marched to the gallows. The film then cuts from a silhouette of the prisoner being being dropped from the scaffold to a startling image of another shadowy body (a doll, it turns out) dangling over a crib, prompting the baby inside to wail.

Nobody shows up to comfort the crying toddler, nor will they for years, as Danny is taunted both in school (“Danny Hawkins' dad was hanged!”) and as an adult for his supposed “bad blood.” This alleged bad blood boils over when Danny gets involved in a fight (with a young Lloyd Bridges) that turns lethal, and he spends the bulk of the film trying to stay ahead of the law in his tiny Southern town.

The adult Danny is portrayed by Dane Clark, better known as a supporting actor and this role didn't vault him to leading man stardom. Clark plays sullen and withdrawn just fine, but generates little in the way of charisma, which makes the budding romance with school teacher Gilly (Gail Russell, shortly before alcoholism ruined her career) seem so forced it's almost tempting to view the whole relationship as a figment of Danny's desperate imagination.

The script vacillated in its argument both for and against the notion of “bad blood.” Danny may have been defending himself in his first fight, but he struggles constantly with impulse control, snapping at Gilly for no reason, and violently threatening the town's innocent mute (played by Harry Morgan!) Likewise, a late visit to his grandmother (Ethel Barrymore) suggests bad blood might run deep in this family's veins, when she argues that Danny's father may well have done the right thing by murdering a doctor who, y'know, just didn't give good advice. Then again, it might not be exclusively a family issue. Danny's friend and mentor Mose (Rex Ingram) comforts him with the story of a basically decent man who was sent to jail for fifteen years just “for bein' lonseome”, by which he means raping a woman. Ingram is great, as always, but yeesh.

Though the film's opening is by far its strongest part, Borzage also generates considerable tension in a nifty Ferris wheel sequence, and the whole movie looks great, suffering neither from its modest budget nor from being shot entirely on cheap studio sets. I'm not convinced that “Moonrise” is the late-career masterpiece Borzage boosters make it out to be, but with a strong supporting cast and rich black-and-white photography that evokes a distinct sense of time and place, plus an ending that probably doesn't go where you expect it to, the film certainly deserves to be (re)discovered seventy years after its initial and unsuccessful theatrical run. 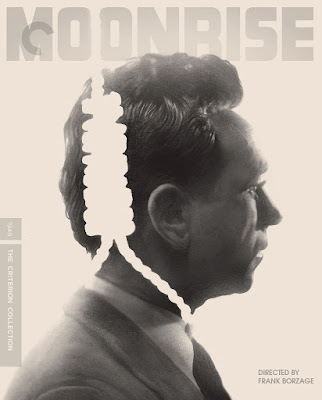 Video:
The film is presented in its original 1.37:1 aspect ratio. “Moonrise” is a public domain film and I'm sure it's had its share of spotty no-frills releases. Obviously, that's not the case with this Criterion release. This “new digital transfer was created in 4K resolution” and showcases rich black-and-white contrast throughout. Much of the film is shot at night (or made to look so) which perhaps makes it a bit difficult to assess how much fine detail the 1080p transfer shows off, but this is a typically strong Criterion release.

Audio:
The linear PCM mono track is crisp and free of noticeable distortion. The mix doesn't have to do much more than present the dialogue clearly, and it does the job just fine. Optional SDH English subtitles support the English audio.

Extras:
This is a relatively bare-bones release from Criterion.

The only extra on the disc is a 17-minute interview with film historian Peter Cowie and critic Herve Dumont, author of “Frank Borzage: The Life and Films of a Hollywood Romantic.” They provide historical background about Borzage's career and the production and reception of “Moonrise.” Fairly standard stuff, but useful since Borzage is probably unknown even to many Criterion fans.

Final Thoughts:
Though “Moonrise” is championed today by many fans and critics as one of Borzage's best, it was a commercial flop that did nothing to revive his career prospects. He wouldn't make another film for ten more years, and never recaptured his glory years, passing away in 1962 at age 68. Criterion hasn't included many extras, but has provided an excellent transfer of the film.
Posted by Christopher Long at 11:55 AM