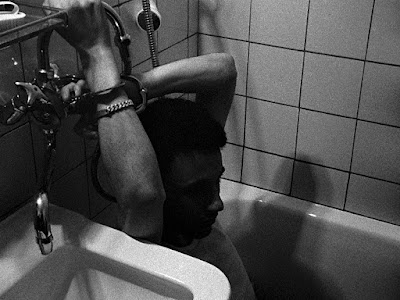 
In retrospect, Jean-Luc Godard's “Le petit soldat” (1961) predicted the singular and stubborn career that would unfold over the next sixty years (and still counting).

The 30-year-old critic turned director had scored a huge commercial hit with “Breathless” (1960), his feature debut drenched in giddy cinephilia and pitched at the hip youth culture from which the Nouvelle Vague originated. Naturally, he decided to follow up his breakthrough with “Le petit soldat” (shot in 1961, but released in 1963), a grim political thriller short on thrills and heavy on torture scenes.

Not content with just alienating returning audiences looking for more doomed romantic fun, Godard also infuriated both wings of the political spectrum. The conservative establishment railed against Godard's frank acknowledgment of French war crimes in Algeria and the lack of justification for the ongoing occupation. Meanwhile, the director's decision to only depict on-screen torture conducted by agents of an Algerian rebel force (the FLN) generated even stronger condemnation from many on the left. The film was banned and not released in France until 1963, not coincidentally after Algeria won its hard-fought independence.

Charges that Godard was equivocating were enhanced by his choice of protagonist. Bruno Forestier (Michel Subor) flees to Geneva (circa 1958) to avoid conscription in the French military, but he professes no particular political ideology. He's pressured by a French intelligence group to assassinate an Algerian sympathizer, and resists, mostly because he just wants to be left alon. He also falls for the beautiful Veronica Dreyer (Anna Karina, in her first film with Godard) who may or may not be a political agent as well.

Much of the film is filtered through Bruno's perspective with heavy use of narration by Subor which reveals Bruno as sexist, self-absorbed and also undeniably perceptive: “I think actors are stupid. I despise them.” Who can argue with that? He wants to blaze his own path, but winds up caught between both factions of the war he's tried to escape.

In the film's most-discussed sequence, Bruno is kidnapped by FLN agents and subjected to a series of tortures, ranging from burning to near drowning to electrocution. Some viewers were repelled by what they felt were graphic depictions of suffering, but the real horror is that Godard depicts the torturers as a couple of bored guys just clocking another day at work. They display neither reluctance nor joy in their efforts. They've got a script, they've done this all before, and they'll do it again tomorrow with some other victim, whoever that happens to be.

Cinematographer Raoul Coutard (who gets a sly name drop in the film) may be the real star of “Le petit soldat.” The opening shot starts with a slow pan that rockets to whip-speed to settle on Bruno as he drives across the border into Switzerland. Shooting in black-and-white, and balancing long moments of stasis with abrupt kinetic bursts, Coutard creates a stark look that matches both the story and the protagonist's soul.

Subor doesn't offer much beyond dry indifference, tough but not terribly charismatic. Karina is Karina, of course, but has a thankless role as an inscrutable object of desire. And an object of exchange. Money changes hands when a friend introduces Veronica to Bruno. Eventually she will be treated as a disposable pawn, her final fate barely remarked upon by the men busy playing their power games. In a terse, bloodless fashion, the film's final minute is just as brutal as the torture scenes. 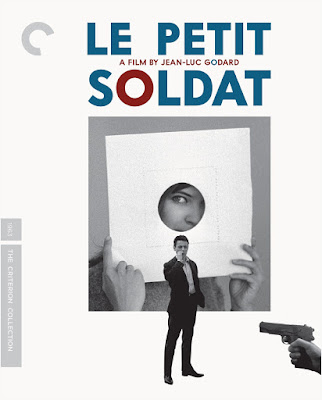 Video:
The film is presented in its original 1.37:1 aspect ratio. From Criterion: “This high-definition digital transfer, undertaken by StudioCanal and approved by cinematographer Raoul Coutard, was created from the 35 mm original camera negative...” The image resolution is sharp and if the black-and-white picture sometimes looks excessively bright at times, that's how it's meant to look (as far as I know). Another solid high-def transfer from Criterion.

Audio:
The linear PCM Mono audio mix is sharp and somewhat flat, as is the source. Optional English subtitles support the French audio.

Extras:
Criterion has only included a few brief supplements with this Godard release.

The disc starts with a 6-minute excerpt from a 1965 interview with Godard in which he briefly discusses the film's troubled reception. Half of this already short excerpt consists of a clip from the film.

In a 1963 interview (14 min.) filmed at a boxing gym where he trains, actor Michel Subor discusses why the film was banned, while also making the ludicrous claim that it isn't really a political film at all.

We also get an audio interview (1961, 29 min.) of Godard conducted by critic and filmmaker Gideon Bachmann.

Final Thoughts:
“Le petit soldat” is one of my least favorite Godard films of the early '60s, but it's still of interest both as a bold choice to follow up “Breathless” and for introducing Karina (even though viewers saw her in “A Woman is a Woman” and “Vivre sa Vie” before this film hit theaters). To the best of my knowledge, this Criterion edition is the film's first Blu-ray release in North America, which makes it a must-own for Godard fans even if the supplements are fairly modest.
Posted by Christopher Long at 11:17 AM