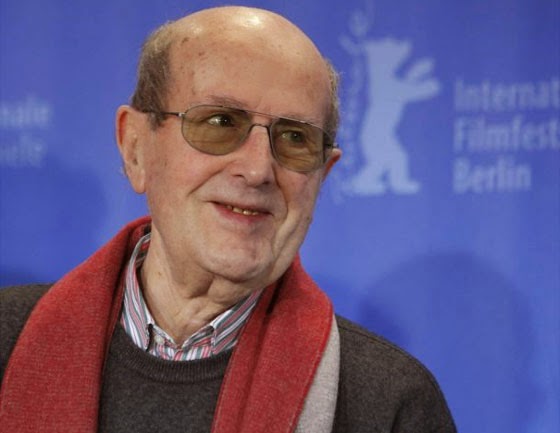 Portuguese director/national treasure Manoel de Oliveira died today at the age of 106. By most accounts he was the oldest active filmmaker, and by any account the shape and span of his career was virtually unparallelled. His first film, “Douro, Faina Fluvial”(“Labor on The Douro River") was a silent movie released in 1931; a bit later, “The Strange Case of Angelica” (2010) employed digital animation to relate its exquisite tale of haunted love. Perhaps the only parallel to Oliveira's film career is that of film itself.

Oliveira was largely silenced in the middle of the 20th century by oppressive censorship from the right-wing regime in Portugal. After 1942's “Aniki-Bóbó” he shot only one feature and several documentary shorts over the next quarter century. He was merely resting up for the greatest stretch run cinema has ever witnessed.

From the '70s on, Oliveira seemed to become more prolific with each passing decade. Oliveira released more than twenty films, a mix of features and shorts, in the 21st century, a century he greeted a few weeks after his 92nd birthday.

Oliveira's output as a nonagenarian and centenarian certainly contributed to his beloved status among cinephiles around the world, but he was no aged trick pony. His films, often about doomed love (indeed he made a mini-series called “Doomed Love”), were sensitive, literary, meticulously staged works of deceptive simplicity that speak to an eye that saw clearly well past the century mark. They would be great and celebrated films from a mere lad of eighty, or thirty for that matter.

Below I have re-posted my 2008 review of Oliveira's “Belle Toujours” which I'm not even sure ranks as one of his top five movies made since turning 90, but which is still a modest gem. For other great Oliveira films on DVD and Blu-ray, I recommend the Cinema Guild releases of “Eccentricities of a Blonde-Haired Girl” (2010) and the aforementioned “The Strange Case of Angelica” which also includes that first short “Douro, Faina Fluvia.” And if you can find a copy of the Image Entertainment's release of “I'm Going Home” (2001), one of Oliveira's finest, pounce on it. 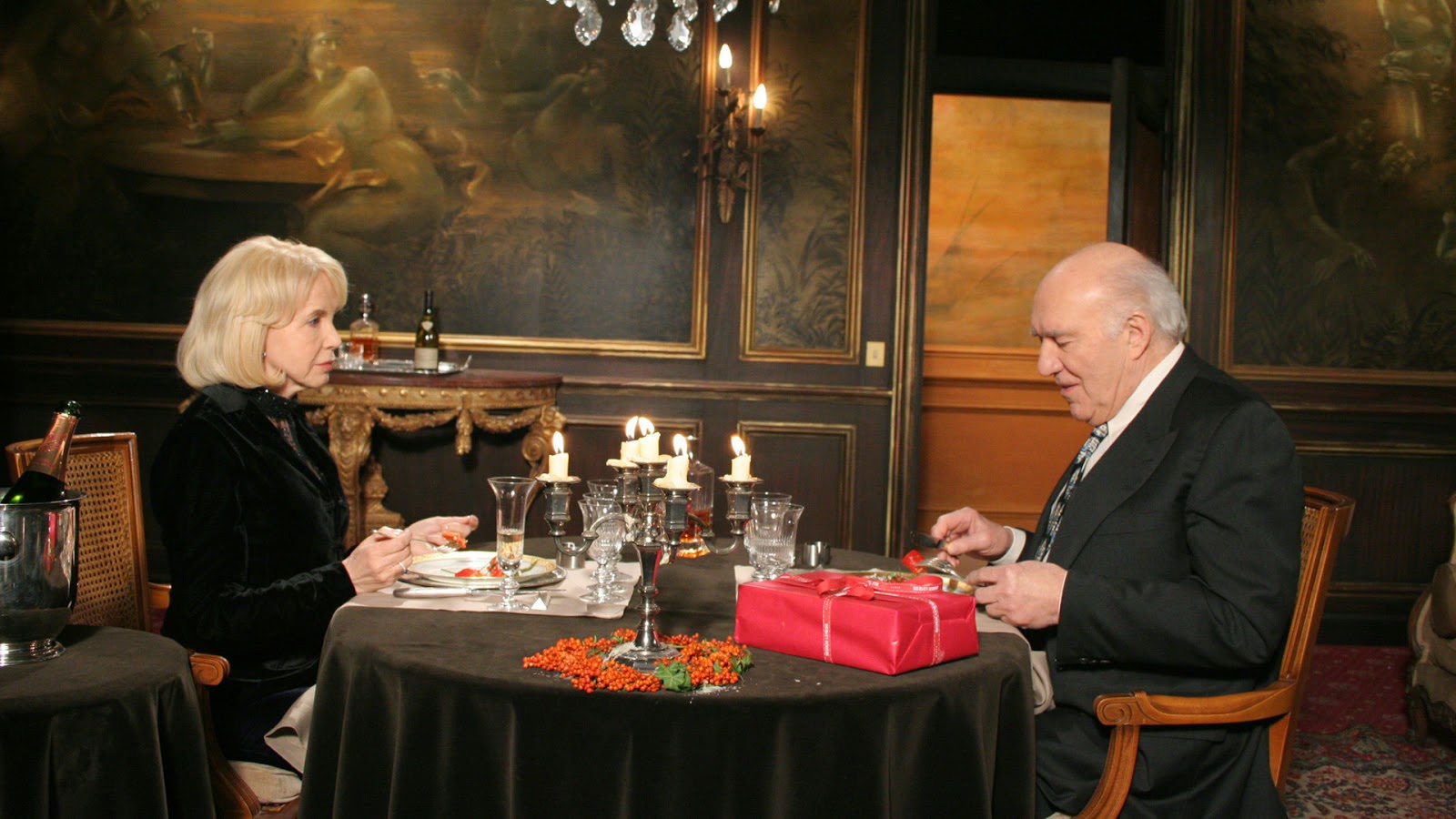 It’s rare that I get to write about a hundred year old director but, to be fair, Manoel de Oliveira was merely a lad of 97 when he made “Belle Toujours” (2006). Also to be fair, de Oliveira has to wait another 5 months before he officially makes it to 100, but considering that he has released two features and two shorts in the last two years and has one of each in production in the current year, he doesn’t appear to be slowing down any time soon. He made his first short film in 1931, and his first feature in 1942 after which his career was derailed for nearly 15 years, and he would not release his next feature film until 1963 when, at the age of 55, he finally got things cranking.

As if flipping off Father Time, Oliveira has been more productive in the past decade than at any other time in his career, releasing 18 films (features and shorts) since 1998, nearly half his lifetime output. Please note that it is old hat (pun intended) to discuss Manoel de Oliveira’s age these days, but since this is the first opportunity I have had to write about this remarkable director, I’m entitled. I promise not to say a word about it over his next hundred years.

With “Belle Toujours,” Oliveira has made perhaps his oddest film, intended as a sequel of sorts to Luis Buñuel’s landmark “Belle de Jour” (1967). Except that “sequel” isn’t the right term; rather it’s an afterword written long, long after the main text. “Belle de Jour” is one of Buñuel’s most perverse and perverted films (and I mean that in a good way), the story of a bored housewife named Severine (Catherine Deneuve) who loves her devoted husband but still chooses to spend her days working in a high-end brothel. She harnesses her inner masochist with the help of her husband’s best friend Henri (Michel Piccoli) and an array of twisted clients.

“Belle Toujours” kicks off at a concert in which the much older but not necessarily any wiser Henri (played again by Michel Piccoli) spots the much older and possibly wiser Severine (played this time by Bulle Ogier) in the audience. He stare at her as if trying to mesmerize his former object of desire, but she proves elusive and disappears in a limo before he can speak to her. Henri is nothing if not dogged, however, and he soon tracks her down at her hotel. She has no interest whatsoever in catching up with her “old friend,” but he persuades her to have dinner with him. While killing time, he also stops in a bar to recount his story (the story of “Belle de Jour”) to an easily impressed bartender (Ricardo Trêpa, the director's grandson and star of some of Oliveira's later films) which isn’t really intended as exposition for the viewers, but further confirmation of Henri’s vanity.

You might be thinking this is a reunion story of sorts. That is, if you know nothing about Buñuel or Oliveira which, apparently, is true of whoever wrote the summary at Rotten Tomatoes which ludicrously describes the film as “a short and sweet elegy on aging, sexuality, and the power of cinema.”

“Belle Toujours” picks up right where “Belle de Jour” left off, digging perhaps into even more perverse territory. Henri’s patrician façade has no doubt fooled many a socialite into thinking him quite the gentleman, but his intentions to Severine are anything but honorable. Severine, we discover, has “redeemed” herself in the ensuing four decades, devoting herself to her husband and to God. Henri cannot let this affront to nature stand, and plays sadistic mind-games with her, and the real mystery for us to confront is whether Severine, despite her protestations, is every bit as much into humiliation as she ever was. Indeed, what else could she possibly expect when she (not so?) grudgingly accepts his invitation to dinner? Oliveira’s subversion of the need for the closure one might expect from a reunion narrative is his slyest, and cruelest, touch. Buñuel would be proud.

Indeed, the film is permeated by the spirit of Buñuel, not just in its direct references to “Belle de Jour” (a picture here, a gift there) but in its relationship to his entire work. Viewers unfamiliar with Buñuel might be puzzled when the film appear to continue one scene “too long” after the main characters have exited and the servants are talking to each other, but it’s the sort of moment that cropped up again in again in Buñuel’s work, most notably in his masterpiece “Exterminating Angel” (1962).

Piccoli, as usual, is brilliant. Though a mere whippersnapper next to de Oliveira, Piccoli has been a screen star for sixty years now, and has done some of his best work in recent years, especially with Oliveira (Piccoli was also phenomenal in 2001's “I’m Going Home”), and he relishes his opportunity to re-visit one of his best-known roles. Here, Henri Husson makes the leap from supporting character to protagonist with Severine as more of a fringe character who flits about the edges of the screen until the climactic dinner sequence. Bulle Ogier cannot match the screen presence of Catherine Deneuve, but she isn’t called on to do much here except to simply be Severine.

Will you be unable to enjoy “Belle Toujours” if you aren’t a Buñuel aficionado? No, though it’s fair to say you won’t necessarily be fully in tune with de Oliveira’s project. Even on its own, the film is an ambling, amusing psychosexual cat and mouse game which proves that the march of time doesn’t mean you have to be any less of a sick bastard. That’s a theme we can all identify with. 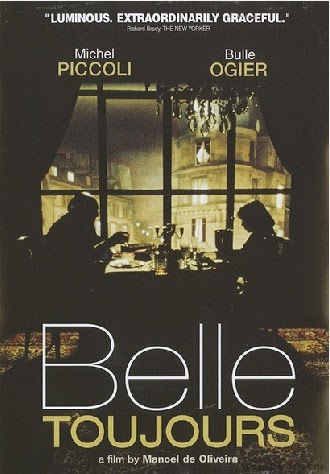 Video:
The film is presented in a 1.78:1 anamorphic transfer. Though the transfer is interlaced, it’s unusually strong by New Yorker’s standards. The color saturation is just right (sometimes a problem with this studio) and the image quality is fairly sharp. Still, it would be nice if they could offer progressive transfers in the near future.

Extras:
With such a short film, it would have been nice to get a few more extras. What we get isn’t bad though. There are four interviews, the best of which, of course, are the ones with de Oliveira (23 min.) and Piccoli (9 min.) Interviews with Bulle Ogier (5 min.) and

Also included are a Trailer, a Photo Gallery and a Press Kit which can be accessed as a PDF file on your PC.

Film Value:
At 65 minutes (not counting the end credits), this strange coda to “Belle de Jour” is over almost as soon as it starts or, more accurately, speeds away after its lightning-strike hit and run job. I suppose you could consider this film to be a meditation on aging (as many critics have written), but it’s a pretty pervy one and surely not a “sweet elegy” of any kind. In all honesty, I like this film more than “Belle de Jour” which, I admit, is not one of my favorite Buñuels. Long live Michel Piccoli! Long live Manoel de Oliveira! Well, I guess they’ve already done that. But you know what I mean.
Posted by Christopher Long at 1:14 PM