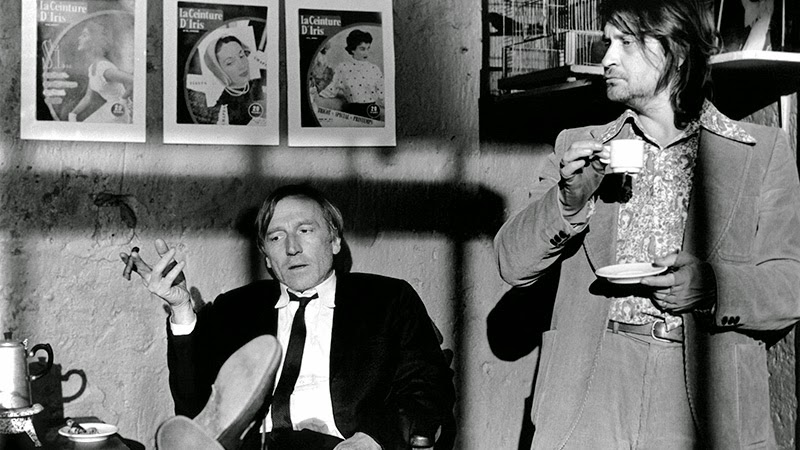 
When the as-yet-undiscovered genius composer Schaunard (Kari Väänänen) sees a stack of money on a cafe table, he confidently assesses it as “At least sixty thousand francs.” Turns out it's fifteen, but to him fifteen might as well be sixty. Money is strictly an abstraction, or perhaps an urban legend, to a starving artist who remains pure in the pursuit of his craft. Except for the times when “artist” loses out to “starving.”

There's the rub, as the Danes say, and wouldn't a Danish taste good about now? But there's reason for optimism. Schaunard's got a pretty good deal going in cooperation with his fellow creative types, the impoverished Albanian painter Rodolfo (Matti Pellonpää) and the criminally unappreciated writer Marcel Marx (André Wilms). Granted, even a pooling of their resources still amounts to a mere trickle, but at least they're in Paris, the only city that can support their Bohemian lifestyle, i.e. permanent unemployment. Crucially, it's a Paris shot in grubby black-and-white because a color-saturated Paris just wouldn't have room for dreamers so willfully out of touch with their time.

You can also pick up a lot of women with the line “Hey, baby, wanna come back to my loft and see my art?” Alas, love stories that start with there tend to end with “I'm hungry.” But perhaps the awareness of an inevitable tragic fate only makes the creative life that much more vital, and every artist can use a good muse, or even a Musette (the name of Marcel's secretary/girlfriend played by Christine Murillo).

Finnish writer-director-producer Aki Kaurismäki read Henri Murger's oft-adapted mid-19th-century collection “Scènes de la vie de Bohème” as a teenager and instantly vowed to film it one day; he only had to wait a few decades to make good with this 1992 release. Undeterred that more than a dozen directors had already beaten him to the punch, Kaurismaki was eager to make his mark on the material, importing much of his familiar team. Who better to play an Albanian painter in France than the great walrus-mustached Finn Matti Pellonpää? Need an Irish composer of unendurable atonal post-modern music? Kari Väänänen, Kaurismäki's former village idiot and Polonius, is the obvious choice.

Kaurismäki's love for Murger's short stories dovetailed with his cinematic Francophilia, and he probably figured it would help to have a few actors in this French-language film who actually spoke the language, unlike Pellonpää and Väänänen who learned their lines phonetically. André Wilms was cast as Marcel and Evelyne Didi as Rodolfo's girlfriend Mimi; Kaurismäki liked them both so much he cast them both together a few decades later (as similar characters) in the lovely “Le Havre” (2011). 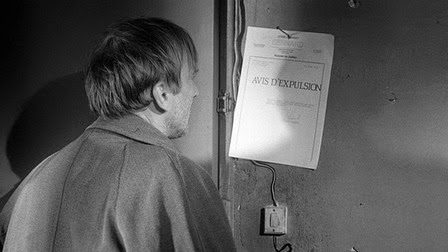 The film, like its characters, drifts around the same low-key Parisian neighborhood (actually a Parisian suburb that looked more like old Paris than modern Paris now does). The action picks up with the writer Marcel being evicted from his apartment; we realize he's unlikely to pay his back rent anytime soon when we find out his new script is titled “The Avenger – A Play in 21 Acts.” While homeless, he wanders into a cafe (much of the action takes place in a series of sidewalk cafes – it's Paris, after all) and splits a two-headed trout with the stranger Rodolfo. They become fast friends and return to Marcel's apartment which is no longer Marcel's, but fortunately the new occupant is Schaunard ,who has only Marcel's unclaimed furniture to fill his four walls. The men reach a mutually beneficial understanding.

The narrative plucks several different threads, but gradually focuses in on the budding relationship between the immigrant Rodolfo and Mimi, who has traveled to the big city to stay with a friend who, it turns out, will be staying in prison for a few years. The tragic lovers are clearly destined for each other, yet also destined to be kept apart by various factors: Rodolfo's lack of a visa, Mimi's health, and, always, money. But they will always find their way back together.

The film depicts its lazy dreamers with a combination affection and skepticism, but never condescension. We know they are not particularly talented (a brutal piano performance by Schaunard prompts an end to one relationship as the scales, so to speak, drop from one woman's eyes) but what matters is that they believe in themselves and can at least muster the courtesy to pretend to believe in each other. And, hey, every artist can, in theory, have his fans, as we discover when Rodolfo gains an unlikely patron in the form of a sugar baron and budding art collector played by Nouvelle Vague legend Jean-Pierre Léaud. Cameos by directors Sam Fuller and Louis Malle provide extra servings of cinephilic pleasure. I would also be remiss if I neglected to mention the moving performance of Laika as Rodolfo's faithful dog Baudelaire.

It's amazing to find out that Pellonpää and Väänänen spoke their lines phonetically. They are thoroughly convincing and certainly have no trouble sharing scenes with the Francophones; the whole cast develops an easy-going, naturalistic chemistry. It helps to have a face like Pellonpää's, such a natural deadpan template. Each of the characters has considerable flaws, but they all exhibit an endearing, if vain, nobility in their penniless suffering. They look foolish at times, but we all do to certain observers. The delicate stasis they craft together has an irresistible appeal; it's the kind of pocket universe you'd love to slip into for a summer or two, as long as you could stage a strategic exit before the food runs out. 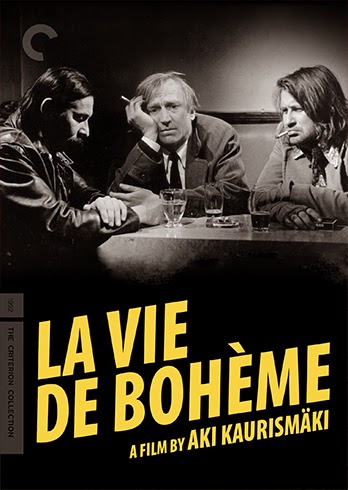 Video:
The film is presented in its original 1.85:1 aspect ratio. Timo Salminen's black-and-white photography looks particularly lustrous with this 1080p transfer, with sharp contrast and a satisfying fine-grain structure. On just a few occasions, I noticed slight signs of artifacting, a bit of distortion around foreground objects, but it's minor and nothing that detracts from the viewing experience.

Audio:
The linear PCM mono audio track is crisp and distortion free as far as I can tell. The film is mostly dialogue-driven but a few prominent musical cues sound very strong here, the best being a performance of “Bird Dance Beat” by a bar band identified in the credits as The Fake Trashmen. Optional English subtitles support the French audio.

Extras:
“Where is Musette?” is a 52-minute behind-the-scenes documentary directed by Veikko Nieminen. The on-set documentary features several interviews with Kaurismäki, but also emphasizes the collaborative nature of this intense, independent production. And at the half-hour mark, you'll get a brief performance by Sam Fuller.

Film Value:
This might be my favorite Kaurismäki movie. The deadpan humor is pitch-perfect here, and the cast works in perfect harmony. This doesn't get as much attention as many other Kaurismäki movies, but don't miss out on it.

Posted by Christopher Long at 10:12 AM