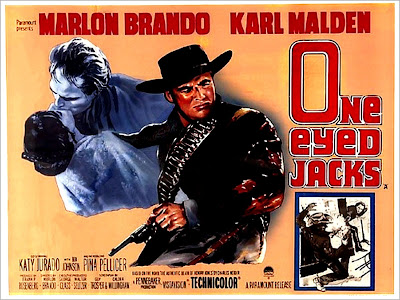 
I think I liked “One-Eyed Jacks” (1961) more before the election. A film constructed almost entirely out of lies, lies often paired with preening threats of faux-macho violence from men desperate to portray themselves as strong even though they're mostly just wimps, seemed a much more pleasant and harmless thought before, y'know, the fucking election. Yeah. So. Anyway, you've never seen a film with so many lies, the best lies ever, believe me.

After pulling off a successful bank heist, gunslingin' outlaw Rio (Marlon Brando) pledges his love to a pretty senorita and gifts her a very special ring (i.e. a ring he just stole), only to immediately yank it off her finger when he has to stage an abrupt escape from the law. What a cad, but maybe not all lies are bad. Rio soon turns his gift for prevarication to surprisingly noble use. When he and his partner Dad Longworth (Karl Malden) are hemmed in by pursuing rurales, he rigs a game of chance to ensure that Dad is the one to gets to ride off to find help while Rio stays behind to risk capture or even death. Too bad it turns out that Dad's a creep ought to save his skin, abandoning Rio to five years hard labor, a particularly grim prospect in 1880's Sonora, Mexico.

The lies have just begun. When Rio breaks prison and tracks down his old partner, now playing at being a legitimate town sheriff in Monterey, CA, Dad flat-out lies to him about what happened; Rio pretends to believe him and the clock starts ticking down to what we might expect to be an inevitable showdown, if we can trust anything in this dusty domain of deceit. Rio responds to Dad's craven dishonesty with his own elaborate plan to seduce Dad's innocent stepdaughter Louisa (Pina Pellicer) with one sadistic lie after another, which then prompts Louisa to lie to her dad, Dad, bolstered by her lying mother (Katy Jurado), all of which drives Dad into an indignant rage because, dagnabbit, lying's supposed to be for manly men.

This slowly unfolding revenge tale also relishes in revealing the lies at the heart of much of the Western genre. Dad's initial betrayal of Rio sets the template for a world in which honor among thieves is a laughable concept. Both lawmen and outlaws pay lip-service to Western shibboleths like the fair showdown in the street, but scheme to set up confrontations where the odds favor them heavily. The secret to a long life in the frontier West isn't being able to outdraw the other man, but making sure you've either emptied his gun ahead of time or hired a half-dozen snipers for your side. 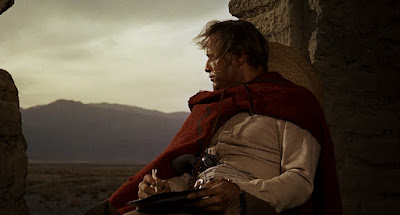 Like many other actors in the '50s when the old studio system was crumbling (largely from the dual threats of anti-trust regulation and the advent of television), Brando set up his own production company, Pennebaker, Inc., and quested about for his first project to develop. Pennebaker, after setting up a deal to shoot at Paramount, eventually settled on Charles Neider's “The Authentic Death of Hendry Jones,” a novel very loosely inspired by Billy the Kid's life. An array of elite talent worked on the script from Rod Serling to Sam Peckinpah to Calder Willingham, the latter brought in when Brando hired another up-and-comer to direct, Kubrick, fresh off the success of “Paths of Glory.”

According to possibly true legend, Kubrick tossed out ideas while Brando indicated his displeasure by striking his handy gong. One of several Kubrick ideas nixed by Brando was replacing Karl Malden with Spencer Tracy, at least one case in which Brando proved definitely correct. It's uncertain whether Kubrick was fired or if the two willful artists agreed to a mutual parting of ways, but Brando assumed the director's chair for the first and last time.

The change of directors kicked off what would become one of the most notoriously “troubled” Hollywood shoots of the era. The production went over schedule and over budget as Brando (along with Guy Trosper, brought in to write after Willingham was let go with Kubrick) rewrote scenes between takes and engaged in extensive improvisation with his cast with the cameras running, explaining why one of the features on this Blu-ray is titles “A Million Feet of Film.” Brando was reportedly willing to wait for days along the coast in Monterey until the perfect waves could be filmed in the background as the brooding Rio contemplated his next move.

An even more tortuous post-production process produced sprawling rough cuts and eventually a strategic exit by Brando. Paramount took over the project and released the 141-minute version we have today with no further input from the director and star, not even during the theatrical run nearly three years after shooting began. Said cut therefore occupies the strange realm of being both the “official” version and definitively not the director's cut, allegedly with a relatively happy ending and a simplification of the good guy/bad guy dichotomy mandated by studio heads.

The final result is a rambling, unwieldy film, shot in glorious Vista Vision with gorgeous coastal shots and windswept deserts and replete with its share of unconvincing elements, particularly the perfunctory romance between Rio and Louisa. Yet, while it may not have fully realized Brando's stated goal of launching “an assault upon the citadel of cliches” the film is still, to use a technical term, “weird as hell” with both a showdown and a bank robbery that are delayed to the point of absurdity, and characterization that consistently confounds expectations. Rio, most assuredly not a good man, is still genuinely wounded by Dad's betrayal, initially resolved to the pure pursuit of vengeance, then so confused about how to proceed the film simply stalls out for much of the third act while he dithers.

The highlight for many viewers will be the subtly-layered interactions between Brando and his friend Malden as Rio and Dad's dueling visions of machismo, each composed largely of utter bullshit, are revealed as largely impotent. Add in memorable turns from character actors like Slim Pickens as a sleazy deputy, Ben Johnson as a no-good sonofabitch, and Timothy Carey as, well, Timothy Carey and it's easy to understand why this “troubled” production has become one of the most celebrated films maudit of the pre-”Heaven's Gate” era. 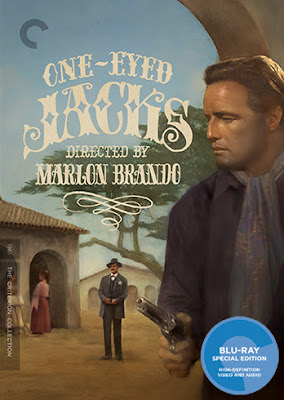 Video:
The film is presented in its original 1.85:1 aspect ratio. “One-Eyed Jacks” fell into the public domain at some point and has largely been available in inconsistent to piss-poor versions on home video. This high-def version has been sourced from a recent restoration by Universal Studios in collaboration with The Film Foundation (the one Martin Scorsese's involved with), no small undertaking considering the challenges of the VistaVision format.

The result is a crystal clear image with a vibrant color palette that nobody has seen with this film since (perhaps) its initial theatrical release. Grain isn't quite as prominent as I would have expected, and I don't know if that suggests a bit more boosting than usual, but let's be honest – only the helplessly obsessive care about that. This looks damn good.

Audio:
The linear PCM mono audio is distortion-free and sounds sharp if not particularly deep. Brando does the Brando-mumble from time to time, but that's what the English subtitles are for. Spanish dialogue is only subtitled in Spanish, as Brando did not intend to translate any of the Spanish.

Extras:
Criterion hasn't quite loaded the disc with extras, but what they've provided is quite compelling.

First up is a brief introduction (3 min.) from Martin Scorsese who participated in the film's restoration as part of The Film Foundation.

An unusual extra pairs Brando's voice recordings with clips from the film. Early in the development process, Brando recorded his thoughts about various scenes in the script. Comparison to the final film reveals the substantial changes along the way. At 33 minutes, this feature might need to be consumed in pieces, but it's a fascinating insight into the grueling development process.

“A Million Feet of Film” (23 min.) is a video essay by Western critic Toby Roan who has spent nearly forty years researching this film's production history. Presumably, not every day of those forty years, but still he brings to the table a considerable amount of detailed information from the establishment of Pennebaker Inc. to the film's release. I took a full page of notes, but I think it would be best for you to listen to Mr. Roan directly.

“I Ain't Hung Yet” (24 min.) is a video essay by critic and filmmaker David Cairns, who analyzes Brando's directing choices and the film's relation to the Western genre.

The extras wrap up with a lengthy Theatrical Trailer (5 min.)

Final Thoughts:
Seriously, don't we all wish Stanley Kubrick had directed a Western?
Posted by Christopher Long at 5:36 PM