I have some thoughts about my favorite films of the 2010s. This is Part Two in that series. You can read Part One here. 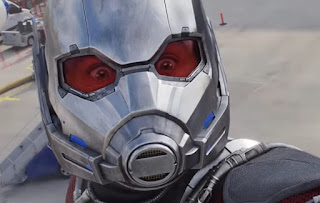 In “Introduction to the Documentary,” film theorist Bill Nichols discusses the power of the “indexical whammy” in non-fiction filmmaking. To grossly oversimplify, Nichols argues that when we watch film footage that we recognize to be linked (indexed) to real events we react differently than when we watch footage we recognize to be make-believe. We may feel horror or sympathy while watching news coverage of a real tornado ripping through a real town, but even if the images looked identical, we might have fun watching that tornado shred a make-believe town in a blockbuster film. It's not the footage itself, but the received context that determines our experience. If we recognize it as originating in the real world, the image carries a different and often more potent force.

I believe something roughly analogous to the indexical whammy can be at play when dealing with film adaptations. A character or scene or setting very faithfully adapted from book to screen can produce a potent reaction for a fan of the source material: “That's how it really happened!” Y'know, for real, in that fictional novel. There's a distinct thrill in recognizing that moment in the movie as being linked to that “real” source. Perhaps a more useful way to sum up the power of the indexical whammy in this scenario is with four simple words: “They got it right!”

The MCU (Marvel Cinematic Universe) movies have been getting it right in this manner from the beginning, relying heavily on the real books and characters as their lodestars. Since, in some cases, these characters have existed for more than half a century and their personalities and mythologies have been fleshed out in thousands of installments by hundreds of writers and artists, there's a substantial body of pre-existing comic-book reality to “index” to. Producer/overseer Kevin Feige has wisely counseled the many MCU filmmakers to “get it right” as often as possible.

For comic-book fans, this can lend the films a special heft (whammy!) one would not expect from tales of spandexed people who call themselves Scarlet Witch or Starlord and fly around and shoot energy bolts at space gods. I fully understand why non-fans would scoff at such a notion or perhaps diminish it as fan service. Quite frankly, I'm surprised so many non-fans of the comic books like these goofy escapist movies so much, though I'm delighted that they do. I'm just telling you that, for a life-long reader, that power's real and the Marvel filmmakers understand that (unlike their not-so-distinguished competition).

I've loved most of the MCU movies (not you, Guardians 2!) and I could have easily chosen “The Avengers” (2012), “Black Panther” (2018), or “Avengers: Infinity War” (2018) for this list, but I'm going with “Captain America; Civil War” because it produced the most “They got it right!” thrills for me of any of the movies. Also, I think this is the MCU movie that Film Twitterati dumped on the most, persuasive evidence that it gets it right.

When Black Panther (Chadwick Boseman) makes his first MCU appearance in costume, the sun glinting off that sleek costume as he prepares to spring into action, wow do they get it right. Then they top that by introducing Spider-Man to the MCU and within five seconds of hearing Tom Holland speak, I'm there screaming (silently – I'm not an “out loud” kinda viewer) “Oh my God, that's Peter Parker, just leaping off the Lee/Ditko pages right onto the screen! That's him! They got it right!” Actually, as it turns out, the MCU Peter Parker is way more chipper than the morose, self-pitying wallflower of the early books, but there's no need to get webbed up on minor details.

And oh, man, there's that beautiful, silly airport battle, a big old messy, hyper-kinetic comic-book fight adapted flawlessly from splash page to cinema. A dozen or so heroes divide into factions and slam-bam-kapow into each other in different combinations with no concern whatsoever for mass property damage, all capped off by my favorite moment in the MCU. Teensy-tiny little Ant-Man (Paul Rudd) presses a button on his glove and explodes into the towering Giant-Man who's so big and strong now that he can just reach out and pluck War Machine (Don Cheadle) out of the air with one hand. The action stops so we can focus on the giddy look in Ant-Man's eyes as he actually giggles loudly because he can't freaking believe what he just did. He's laughing because being a super-hero is so damn cool and so damn much fun, which is the primary source of pleasure in comic books in the first place.

Those sparkling eyes are the pulsing heart of the MCU. Face front, true believers, because they sure got it right!

Of course, even the finest of the MCU movies can't match up to the best films of a true maestro like Martin Scorsese. For me, “Silence” is by far Scorsese's greatest accomplishment not just of the decade, but of the 21st century.

I had the odd experience of finishing Shusaku Endo's 1966 novel “Silence” a week before I read the first announcement of Scorsese's planned adaptation. I struggled to imagine how even Scorsese could translate this story for the big screen (I was also unaware of Masahiro Shinoda's 1971 film adaptation, which I still haven't seen). A tale of Jesuit priests in Japan persecuted for their religion is one thing, but how do you express on film that ineffable moment when a man makes not a sacrifice FOR his faith, but a sacrifice OF his faith as the most Christian act?

Heavy narration would seem the most obvious choice to provide access to characters' interior life and Scorsese employs a little of that, but he's more interested in situating the viewer in a devotional space, one of both distance and powerful tactile evocations (mud and wind and water). Scorsese's greatest act of faith is believing in an audience that has the patience to go on such a journey, and that may be the most inspiring aspect of this stark, rigorous work. In a film industry increasingly built around tent-pole properties, test screenings and big-data-refined pandering, Scorsese trusts that you'll meet him in his terms and that you might even choose to do so at the multiplex. He's had fifty-plus years to build up the justified confidence to make such a gamble, but at a time when my own commitment to the cinema isn't as unwavering as it once was, I'm moved by his gesture.

I was perhaps slower on the uptake than some other cinephiles, but “Silence” was the movie that solidified my belief that Adam Driver may be the most compelling actor of his generation. I don't intend to slight the film's lead, Andrew Garfield, who is phenomenal in a trying role, but Driver's face is the image that lingers in my memory the most, a face that I think could pull me into any time period or milieu from working-class Paterson, NJ to the 17th century to long, long ago in a galaxy far away. Need a convincing face for your upcoming biopic about a forgotten Italian renaissance painter? Adam Driver's your man for that too.

Posted by Christopher Long at 10:35 AM