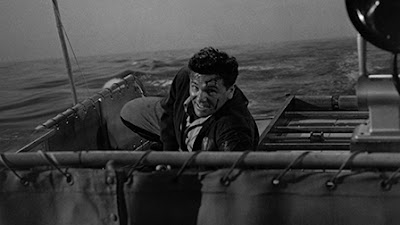 
In the typical film noir one bad decision or wrong turn by the hero enmeshes him in a web of intrigue, plunging him a seedy underworld from which there is little chance of return. Of course, most films noirs are atypical, but “The Breaking Point” (1950) is atypical in a decidedly idiosyncratic fashion.

Harry Morgan (John Garfield) pilots the Sea Queen, a tiny fishing boat, on which he takes Southern California tourists out to fish for marlin or perhaps to get drunk and then lie about what they caught. It's honest work, but times grow ever tougher for Harry, a former soldier who appears to have been left out of the post-WW II boom: “Ever since I took that uniform off, I'm not exactly great.”

Tapped out after paying for gas and being stiffed by a selfish businessman, Harry reluctantly agrees to take on a group of passengers he knows are up to something illegal. A perilous nighttime trip suggests that he has entered that noir underworld for good but, oddly enough, he quickly calls the whole thing off. Not in time, mind you, not until after something very, very bad has happened which will haunt him to the end of the film, but, still, he cancels the trip and returns home to his devoted wife Lucy (Phyllis Thaxter) and their darling daughters.

The emphasis on the domestic space is what marks “The Breaking Point” as such a strange entry in the genre. Harry's family isn't just there to provide an early reference point from which he departs into uncharted waters, but as a constant presence. Lucy's unwavering love and ferocious loyalty tug constantly on Harry, trying to claw him away from the various noirish forces dragging him under, including a shady lawyer (Wallace Ford) and flirtatious femme fatale Leona (Patricia Neal). Sun shines constantly amidst the gathering gloom, yet Harry still stumbles step by inexorable step toward his doom.

Garfield portrays Harry as a victim of his own self-image as the stoic, macho provider now neutered by a post-war economy to which he has not adjusted, as well as the pressing duties of a family man. All evidence suggests he loves his children and his wife dearly, but as he says to the seductive Leona, a fella can love his wife and still want a little excitement. During the war, he understood what was expected of him, what constituted victory, but now he remains rudderless despite the steadying influence of so many people who care for him, including even Leona who turns out to be a pretty honest and good-hearted femme fatale, looking for love but not overly eager to wreck any homes or tear down any heroes. 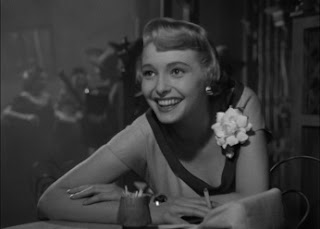 Director Michael Curtiz was charged with this second Warner Bros. adaptation of Ernest Hemingway's novel “To Have And Have Not.” The film would not match the box office success of the first Bogart-Bacall vehicle, but it hews somewhat more closely to the source (Hemingway allegedly considered it the best film adaptation of his work), supplanting the triumphalism of the original with this more cynical, fatalistic tale. A consummate technician, Curtiz (working with cinematographer Ted McCord) maintains a graceful and mostly unobtrusive style, a steady hand that is equally convincing in soft daylight and hard-edged shadow. He and his crew are particularly adapt at negotiating confined spaces like the cramped Sea Queen, the scene of a genuinely nerve-wracking gun battle.

The script by Ranald MacDougall (the collaborator most interested in pursuing a more faithful Hemingway adaptation) offers a somewhat unwieldy structure. The constant returns to the domestic space and the sometimes static settings (Harry frequently waits around in bars or on his boat until something happens) don't produce a tradition buildup of constantly escalating tension. Rather, the film offers the spectacle of a man inexorably ground down, coming loose from his moorings bit by bit, all of which could easily be avoided... if only he was somebody else. 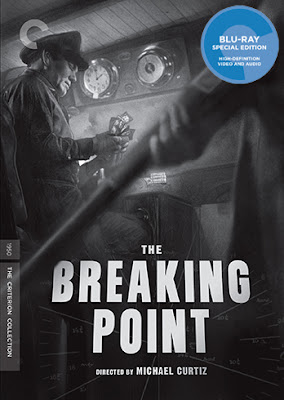 Video:
The film is presented in its original 1.37:1 aspect ratio. According to Criterion: “This new digital transfer was created in 2K resolution on a Lasergraphics Director film scanner from a 35 mm safety fine-grain positive made from the original camera negative.” I have not seen the film in any home version before, so I don't have a comparison point, but this 1080p transfer from Criterion has a thick, grainy look with sharp black-and-white contrast and no noticeable signs of artificial boosting to sharpen the image. This transfer excels even by Criterion's demanding standard.

Audio:
The linear PCM Mono soundtrack is spare and crisp with no noticeable distortion or drop off at any point. The sound design isn't dynamic, but it's not supposed to be. Optional English subtitles support the English audio.

Extras:
Criterion has included a diverse array of shorter supplemental features on this Blu-ray release.

In a 2017 interview (21 min.), critic Alan K. Rode, author of “Michael Curtiz: A Life in Film,” provides background about the film's production (Kirk Douglas and James Cagney were also considered for the lead) while also arguing for Curtiz to receive acclaim as more than just a laissez-faire craftsman.

Actress Julie Garfield discusses (17 min.) her father's career from his hard-scrabble younger days to his training in Stanislavsky's method to his career cut short both by false accusations of communism and then by a heart attack at age 39.

We also take a brief trip to the Hemingway House in Key West in this brief (5 min.) excerpt from the Dec 19, 1962 episode of the “Today” show. Filmed a little over a year after Hemingway's death, this isn't exactly a tour of the house as it consists entirely of three people standing at a desk and rifling through a stack of Hemingway's papers.

A Theatrical Trailer (2 min.) rounds out the collection.

Film Value:
“The Breaking Point” was all but buried by Warner Brothers upon its release, particularly after star John Garfield was accused of being a communist by government propagandists. Some fans today view it as a forgotten film that desperately deserves to be rediscovered. I don't know that I'd quite call it forgotten, but this spiffy Criterion release with a sharp high-def transfer and a solid collection of extras will help make up for any historical injustices the film has suffered.

Posted by Christopher Long at 9:42 PM