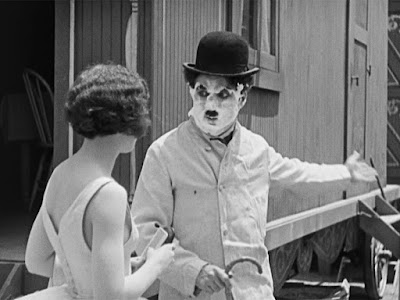 
For years, Charlie Chaplin rarely talked about “The Circus” (1928), not even in his autobiography. This might seem odd considering that the film was a huge commercial hit and gave the greatest star in America a chance to celebrate his beloved circus performers, but the film was a deeply troubled production from the start. During two years of shooting, Chaplin had to cope with a bitter and public divorce from his second wife, Lita Grey, an IRS determined to carve out a huge chunk of his financial empire, and an array of disasters from fires to storms that forced long and costly delays. In addition, though Chaplin began shooting right at the commercial peak of silent cinema in January 1926, the film would be released in January 1928, near the beginning of the inconceivably rapid transition to talking pictures, a tectonic shift Chaplin would resist almost single-handedly for more than another decade.

In 1968, the septuagenarian director, now enjoying a lavish semi-retirement in his giant Swiss mansion with wife Oona and a brood of young children, revisited his labor of love, composing a new score for it and even singing the theme song himself (“Swing Little Girl, Swing High...”) to prepare for a re-release. Fortunately, Chaplin resisted any other extensive changes, still leaving “The Circus” intact as silent pantomime. He must have been reminded rather quickly of just how good his “forgotten” movie really was.

Chaplin unleashes his best gags at the beginning. The Tramp, homeless and starving, is mistaken for a pickpocket and winds up being chased by the police through an amusement park. An extended hall of mirrors bit is dazzling and disorienting enough, but Chaplin ups the ante with one of his finest stunts when he pretends to be an animatronic figure in a Noah's Ark set. As a confused policeman keeps a suspicious eye on him, Chaplin pivots in place like a clockwork cuckoo, bonking a man (the real pickpocket) on the head and rearing back in a mechanized laugh. It's one of the most convincing special effects of any era and it's pure Chaplin.

Forced to make a break for it, The Tramp stumbles into a circus where he unwittingly becomes the star attraction, prompting a previously bored audience to shout “Bring back the funny man!” Chaplin is no doubt patting himself on the back here, but he's also just telling the truth. American audiences really did fall in love at first sight with The Tramp back in 1914 because, gosh darn it, he's just a funny, funny man. The public wanted more back then, and by 1928, their appetite was nowhere close to sated, no matter their fascination with Al Jolsen and the newfangled talking picture.

There aren't many laughs behind the scenes at the circus, which is ruled by a tyrannical ringmaster (Allan Garcia) who saves his greatest cruelties for his daughter Merna (the ill-fated Merna Kennedy in her starring role), a horseback rider in the show. His abuse is genuinely frightening, and Kennedy endures some harrowing stunts as she is grabbed and hurled about the set with force. The Tramp, of course, falls in love with her and dreams of being the gallant knight who can save her. Unfortunately, he has stiff competition in the form of the brave and manly Rex (Harry Crocker), a genuine stick in the mud but also a daring tightrope walker who makes Merna's heart flutter.

Chaplin's most impressive trick isn't balancing on a tightrope or sharing a cage with a lion (two feature bits later in the film), but rather making The Tramp appear so effortless. In the film, he can only get laughs when he's being himself, not when he's trying to perform a routine. Of course, The Tramp just “being himself” was the result of thousands of hours of stage work in the British Music Hall and then in early Hollywood, an overnight success many years in the making. But the act works better when you don't give audiences time to think about that because they're laughing too hard. 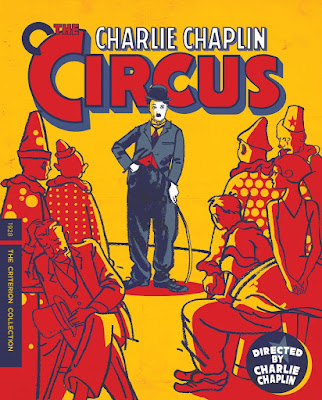 Video:
The film is presented in its original 1.33:1 aspect ratio. “This new 4K restoration was undertaken at the Cineteca di Bologna” from a 35 mm duplicate negative made in 1967. I don't think you can quite call the image quality “razor sharp” throughout. There are several scenes where faces and other details look a bit soft, but we're talking about a film made 90 years ago and now being sourced from a dupe negative made 40 years later. Black-and-white contrast is generally robust. Overall, the 1080p transfer looks quite pleasing, as good as you can reasonably expect for a 1928 film.

Audio:
The linear PCM mono track only has to present the music which it does just fine. It's a bit flat but it was never meant to be a stereophonic blowout. Intertitle cards are in English, and no subtitles are provided.

Extras:
Criterion has packed this release right to the tip of the big top.

The film is accompanied by a commentary by Chaplin biographer Jeffrey Vance.

The disc includes an interview (15 min.) with Eugene Chaplin, son of Charlie and Oona Chaplin. He takes viewers on a brief tour of the Chaplin family mansion in Switzerland and shares some home movies, most shot by Oona.

Film scholar Craig Barron, a familiar face to fans of Criterion's silent comedy releases, talks about the innovative visual effects used on “The Circus.” In this 20-minute piece, Barron goes into quite a bit of detail on the split screen techniques used to combine composite images. You mean Chaplin wasn't really up on that high wire and didn't really face down that roaring lion? This is a great piece.

“Chaplin Today: The Circus” (26 min.) is a 2003 documentary by Francois Ede and featuring some interviews with director Emir Kusturica, a big fan of the movie. There's some useful information here, but I didn't find this feature terribly enlightening or riveting.

In “Stepping Out” we're treated to approximately 40 minutes of outtakes from “The Circus.” Scholars Kevin Brownlow and David Gill screened many hours of outtakes from the Chaplin archives when they released the miniseries “The Unknown Chaplin” in 1983 (I remember I loved it, but it appears my no-doubt comprehensive review of the DVD has tragically been lost to history). One result of that project is the 10-minute scene included here, which they edited from “Circus” outtakes. It's mostly a scene of The Tramp taking Merna out on a date that, of course, goes wrong and, of course, involves twin boxers. This scene comes with a new score by Timothy Brock. We also get 30 more minutes of outtakes which are accompanied with narration by comedy choreographer Dan Kamin.

“A Ring for Merna” (7 min.) includes a few more outtakes from the scene where The Tramp buys a wedding ring that he plans to give to Merna. Though this piece runs 7 minutes, there's only a few minutes of outtakes that are edited into where they would have been in the film.

We also get audio excerpts (10 min.) of an interview conducted by Jeffrey Vance of Eric James, Chaplin's musical collaborator.

“Swing Little Girl” provides five minutes of an audio recording session for the title song Chaplin composed for the re-release of “The Circus.” It was originally meant to be sung by Ken Barrie before Chaplin decided he was the right man for the job.

The attractions continue with silent publicity footage from the movie's Jan 27, 1928 premiere at Grauman's Chinese Theatre. It includes circus stars (both humans and other animals) along with many of the film celebrities of the day.

We also get a brief excerpt (5 min.) of a 1969 interview Chaplin conducted for reporters at his Swiss mansion.

Final Thoughts:
“The Circus” might get overlooked today both because Chaplin himself tended not to talk about it and because it arrived in the middle of the all-world sequence of “The Gold Rush” (1925), “City Lights” (1931), and “Modern Times” (1940). But on a gag per gag basis, it's as funny as any Chaplin comedy, though it might feel a bit slight in terms of narrative heft. Criterion has loaded this fairly short feature (72 min.) with a ton of extras, which should be enough to please any Chaplin aficionado.
Posted by Christopher Long at 7:59 PM