That's right, I'm only halfway through my list so far. It's not easy to come up with twenty good films from just a single decade's worth of cinema. I kid, of course. Mostly. You can read the previous installment here.

The end of any decade guarantees the resurgence of one of film criticism's most storied traditions: complaints about best-of lists. Lists, you see, are an abomination in the eyes of the film gods for an unholy host of reasons, ranging from their exclusionary nature to their alleged arbitrariness. I appreciate concerns over how the propagation of canons can promote cultural ossification, but I have never understood how composing a list is any more arbitrary than organizing an argument into sentences and paragraphs. I suspect that some people just hate numbers.

I do, however, hold one strong prejudice about any Best-of-the-Decade list. If it doesn't include anything by Frederick Wiseman, the greatest living American filmmaker, I'm not sure I can take it too seriously. If I want to be generous, I'll admit there's an inherent challenge in selecting a single title from a director who has spent over half a century producing such a rigorously coherent body of work in both style and content. Wiseman documentaries don't blur together by any means, but they do feel like serial installments of a grand, unified masterwork, though one in a constant state of gradual evolution. It can be tough to choose just one chapter for inclusion on a list.

As great as “At Berkeley” (2013) and “National Gallery” (2014) and “In Jackson Heights” (2015) are, I didn't have too much difficulty in picking “Ex Libris” as my favorite Wiseman of the decade and the reason is simple. I love libraries. Also, it feels like I spend part of every week reading social media posts complaining about public libraries being wastes of taxpayer money now that they've been rendered obsolete by the glories of the internet. I very much want to punch every one of these troglodytes in the face.

Wiseman chose a better option. He made a documentary that highlights how relevant and vital the New York Public Library is to the daily lives of many thousands, if not millions, of citizens. The great chronicler of institutions crafts the expected comprehensive study of the NYPL from Patience and Fortitude to the many branch libraries that host drama classes and job fairs and house massive photo archives in addition to being just “storage spaces for books.” Not that there's anything not entirely magnificent about “just” providing a storage space for books. That's really one of my primary goals in life, to be honest.

From administrators debating budgets to the janitors who maintain these shared grounds, thousands of people work together to provide information to the public. It may not be enough to combat the disinformation even a single person can spread on social media, but it's all part of a noble and essential fight. I doubt anyone who wants to defund libraries would have the sense or patience to actually watch “Ex Libris” but... man, I really punch those meatheads in the face. 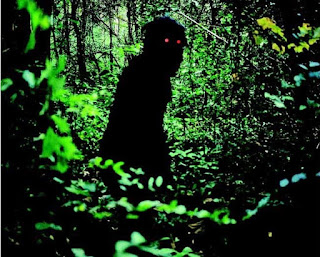 11. UNCLE BOONMEE WHO CAN RECALL HIS PAST LIVES (Apichatpong, 2010)

Are you living your first life or your tenth? Is heaven overrated? Are you dead or just on TV and how would you tell the difference? Do catfish make the best lovers?

“Uncle Boonmee” raises all of these questions, or maybe I'm just remembering them from previous Apichatpong Weerasethakul movies. It doesn't really matter. All timelines converge in the Thai master's Palme d'or winning journey into the remote forests of northern Thailand where relatives travel to visit Boonmee (Thanapat Saisaymar) who is dying of kidney cancer. His life may be ending soon and his world may be severely restricted by his illness, but he's still got plenty of things left to do and people still to see.

Boonmee's dead wife shows up early on, possibly to help to guide him to the underworld, but it's best not to get hung up on literal interpretations. A monkey-ghost with glowing red eyes appears to be Boonmee's son, but he's also a manifestation of the cheapo horror films that thrilled the director in his youth (and maybe still as an adult) and now infuse his animist philosophical ponderings both about letting go of this life and the need to cherish every last experience in it, even if there may be many more lives still to follow. That may not sound like the description of a comedy, but “Uncle Boonmee” is every bit as funny as it is contemplative, a delicate balancing act Apichatpong has perfected on his path to becoming one of the most beloved directors in the world. Please make more movies, Joe!

I was as thrilled as everyone else when I heard about Apichatpong's Palme d'or victory, but when I finally got to see “Uncle Boonmee” my initial impression was that the jury had awarded him for one of his lesser films. I'm still inclined to think that “Mysterious Object At Noon” (2000), “Tropical Malady” (2004), and especially the magisterial “Syndromes and a Century” (2006) are superior films, but I've still got ol' Boonmee up here at #12 for this decade. So what I'm telling you is that Apichatpong Weerasethakul is amazing and you really need to watch those other movies. Either for the first time or the tenth. It doesn't really matter.
Posted by Christopher Long at 1:21 PM