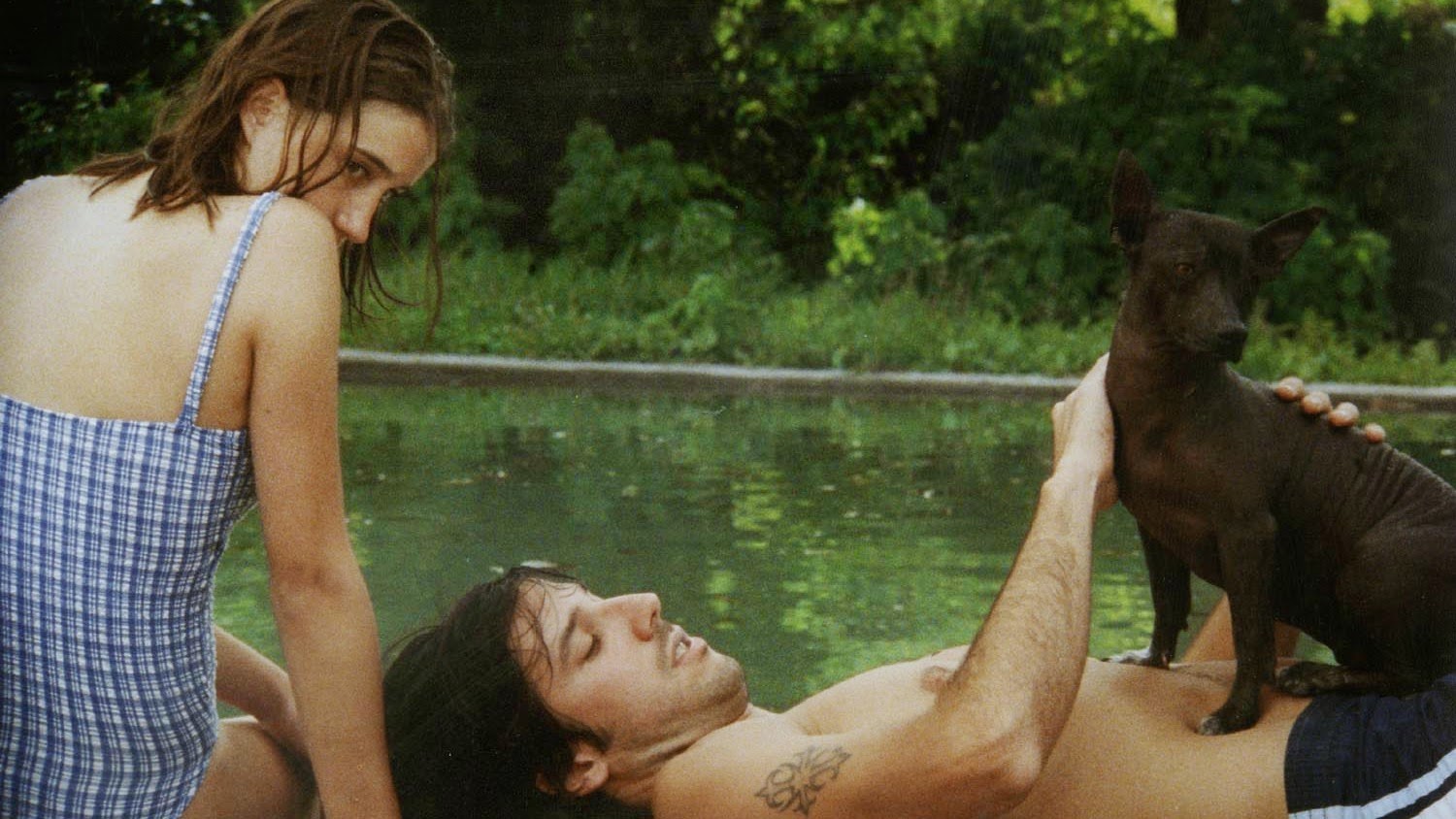 
A woman's hand shakes so badly that the ice cubes in her wine glass rattle like wind chimes. Her slightly-soused, middle-aged compatriots drag their lawn chairs across the patio with a chalkboard screech to rearrange them around a leaf-strewn pool before they flop back down to wait out another hot, humid afternoon. The glass shatters, the woman takes a hard fall. Eventually, someone reacts.

The opening scene of writer-director Lucrecia Martel's debut feature “La Ciénaga” (“The Swamp” - 2001) immerses the viewer fully in the torpor that defines much of the film. The moisture as well. “La Ciénaga” is so wet it's like, well, a Tsai Ming-liang wet dream: the pool, lurking rainstorms, water balloons, showers, dying cattle sinking into a bog. There's even a scene where kids armed with machetes (always a promising set-up) hack around in the shallows of the lake only to wind up even more fully drenched by a nearby machine that spews out hard plumes of water over the lot of them. It's still not enough to cool everyone off; the heat presses everyone (or at least the adults) down to lounge about on beds, floors, and those screeching lawn chairs.

Martel sets the film in a fictionalized version of her hometown in Northern Argentina. Most of the action (a misleading term) centers on a family once prosperous but whose fortunes are now slowly dissipating. Matriarch Mecha (Graciela Borges) runs what's left of the show with her barely-relevant husband (Martin Adjemian) soon exiled to a back room and to the periphery of the family. Her daily plans revolve almost entirely around “cool drinks” (she's obsessed with ice cubes) and berating her “Indian” maids.

The numerous children have much more energy than the adults but no useful conduit for it, so they bustle around the house chasing and wrestling with each other, interactions of ambiguous intimacy. Mecha's friend Tali (Mercedes Moran) has her act more together but does not have the luxury of a defeated husband to ignore; her man (Daniel Valenzuela) tries to assert his authority though sometimes opting for surreptitious gestures to undermine Tali's agency in lieu of direct confrontation.

All in all, it's a portrait of a world of severe limitations, and even this restricted space is subject to constant threats. Sometimes the threats are modest ones in the form of flickering lights and ominous weather just off in the distance, other times they're more serious and tangible. Mecha's fall in the opening scene is just another in a long line of injuries to the family members who are constantly on their way to see Dr. Gringo. One boy already lost an eye years ago, another gets punched in the nose, one takes a very bad fall, and nothing good seems likely to come from the children constantly shooting off guns while playing in the nearby hills.

The camera (cinematography by Hugo Colace) bobs around uneasily through rooms crowded with people often at roughly waist-level height. It can be a disorienting experience particularly as the number of characters who flit by the lens pile up. Martel doesn't try to connect the dots with typical continuity editing either, preferring to focus on textures and fleeting movements, stabbing at spots of time rather than stitching together coherent action. The children run a lot, the adults wilt in place, and the contrast between them fuels much of the film's mysterious appeal.

There's little in the way of traditional plot aside from watching the family members get wounded physically or emotionally. Martel has instead crafted an unnerving audiovisual spectacle with an emphasis on an audio design that assumes prominence with off-screen sounds as difficult to identify as they are to ignore, a whole mass of menacing sound poised just out of sight and ready to strike. Carl Sagan described the universe as “neither benign nor hostile, merely indifferent” but this appears to be a world actively and forcefully rejecting our poor characters.

“La Ciénaga” is the kind of film that's more exciting to think back on than it is to watch at first, which is my favorite kind of movie. With its lack of clear establishing shots and background information, it can be confusing to the point of irritation particularly as the viewer tries desperately to keep track of all the characters. But its images and sounds colonize your consciousness and tempt you back for a second viewing. Martel is clearly a visionary, something she has backed up with subsequent critical hits such as “The Holy Girl” (2004) and the enigmatic “The Headless Woman” (2008). That might place her a few steps ahead of most viewers but put in the effort to catch up and you will be rewarded. 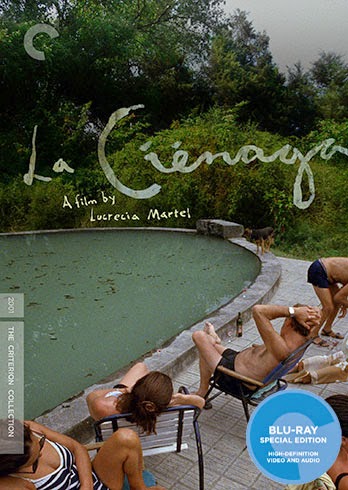 Video:
The film is presented in its original 1.85:1 aspect ratio via a new transfer approved by Lucrecia Martel. The 1080p image is sharp with rich colors; flesh tones are vivid with image detail most apparent in close-ups. Not much of a grain apparent but that's not important.

Audio:
The DTS-HD Master Audio 2.0 track is sharp and dynamic, vital considering the complexity of the film's audio track. Ice cubes clinking, chairs dragging – you'll be able to tell from the first scene just how good this lossless audio is. I didn't even notice while watching that there's no musical score but there was surely no room with such a rich sound design. Optional English subtitles support the Spanish audio.

Extras:
As sometimes happens with more recent releases, Criterion has only found a few extras to include on this disc.

First is an interview with Lucrecia Martel (18 min.) also subtitled “7 Notes” on film-making. She talks more broadly about her work rather than just about “La Ciénaga” sharing some of the qualities of the medium that fascinate her most.

The other significant extra is an interview with filmmaker and writer Andrés Di Tella (24 min.) who provides some historical background regarding Argentine politics and cinema, suggesting that Martel and other filmmakers of her generation (she is in her late forties now) were reacting against the more didactic cinema of the '80s.

Film Value:
Don't worry if you can't follow all the action, just let yourself be carried away by the dense audiovisual pleasures of this study of lethargy and decline. Criterion hasn't provided much in the way of supplements, but the transfer and the lossless audio provide an excellent rendition of Lucrecia Martel's deft debut feature.
Posted by Christopher Long at 2:00 PM