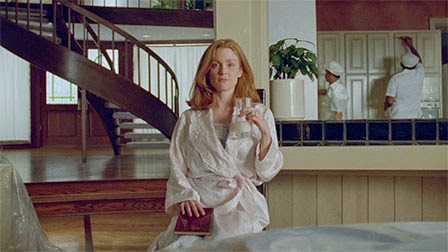 
In an early scene in “Safe” (1995), housewife Carol White (Julianne Moore) enters her cavernous Los Angeles home. The camera hangs back as she enters her living room and spies something off-screen that prompts her to scream, “Oh my God!” The film holds for a dramatic beat before finally revealing the lurking terror just out of-sight: a new sofa that's absolutely not the color Carol had ordered.

We soon learn that everything rattles Carol. Spectacular in her first leading role, Moore works in
full Shelley Duvall mode, her voice a squeak expressing a frailty and passivity that renders her all but invisible. A truck's exhaust fumes trigger a coughing fit, a new hairdo makes her nose bleed. She exhibits no sense of passion to balance out the serial vulnerability either; she barely moves while having sex with husband Greg (Xander Berkeley) and gets her biggest transgressive thrill by eating a fruit salad on a dare from a friend.

Carol's not at all well and she gets progressively sicker, suffering headaches and seizures. Her doctor insists there's nothing physically wrong with her, and a team of psychiatrists and an allergist can't pinpoint the etiology either. Carol discovers a self-help group through a flier tacked on the bulletin board at her spa (the setting is 1987, long before she could have Googled her way to the nearest quack). A guru (Peter Friedman) identifies her malady as being “environmentally ill” and she eventually follows him to a New Mexico desert retreat with other “chemically sensitive” people whose minds and bodies have also rejected the world.

Director Todd Haynes's film opened to puzzled and sometimes angry reviews before eventually being accepted as one of the indie landmarks of the '90s. Though Haynes and cinematographer Alex Nepomniaschy stack the visual deck by constantly situating Carol as a tiny bird trapped in a vast cage (her palatial home would easily top $2 million on today's SoCal market), the narrative remains frustratingly opaque. The group Carol joins certainly seems cult-like, particularly in scenes that emphasize the sadism at the heart of so many holistic movements based on positive thinking where the sufferer is blamed for making themselves sick and then tasked with healing themselves by “throwing away every negative thought.” Yet while the guru spouts platitudes and unsupported claims he is not portrayed as overtly malevolent, and Carol's fellow sufferers are genuinely empathetic even if possibly delusional. Perhaps she has finally found a place where she belongs. 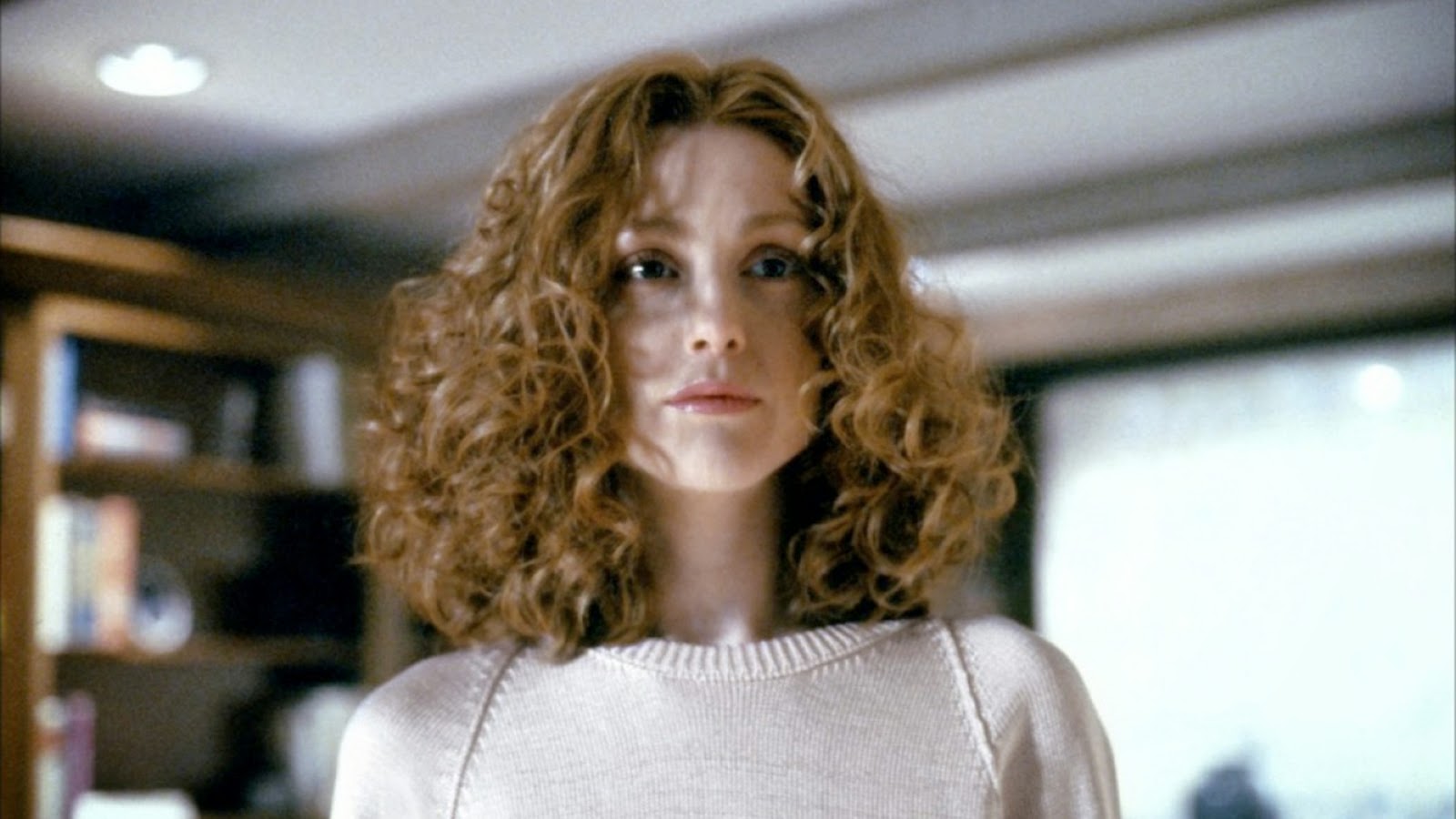 It's even difficult to tell whether or not “Safe” has a pronounced satirical bent or relates a more straight-forward story of creeping horror in an industrialized world full of invisible threats. It has been interpreted as an allegory for AIDS, a critique of self-help culture (which has only become more prevalent and witless in the ensuing twenty years), and/or as a withering study of the consequences of crass consumerism. Mousy, lackluster Carol is not particularly likable, but viewers who dismiss her illness as hysteria are forced to question their own misogyny just as those who want to buy in completely to her so-called chemical sensitivity can't expect an easy confirmation of their biases.

Haynes's clinical approach to melodramatic material marks “Safe” as an unusually clear-eyed entry in the field (indie cinema, that is, not just melodrama); he is as much scientist as story-teller here, studying the data rather than leaping to unsubstantiated conclusions. Viewers who find wisdom in “The Secret” or from Dr. Oz will be baffled by the writer-director's measured skepticism. Ditto for audiences who expect to be told how to feel about characters and events. The lack of the usual hand-holding makes “Safe” the kind of film that continues to percolate in the memory long after an initial viewing and to transform on repeat screenings. 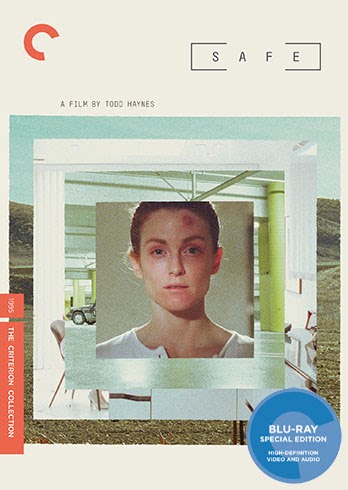 Video:
The film is presented in its original 1.85:1 aspect ratio. The color scheme is very cool, lots of muted metallic. There aren't many eye-popping colors in this drab modern world and there aren't meant to be. Image detail is very sharp throughout, making for a very pleasant, slightly grainy look. A fantastic transfer from Criterion.

Extras:
Alas, Haynes's cult hit “Superstar: The Karen Carpenter Story” (1987) is nowhere to be seen. We didn't expect it to be, but still hoped.

The film is accompanied by an old commentary, originally included on Sony's 2001 DVD release, featuring Haynes, Moore, and superstar indie producer Christine Vachon. It's more conversational than analytical but still of interest.

“The Suicide” (1978, 20 min.) is described on the disc as the “first serious directorial effort” by Todd Haynes. Haynes thought the short film was lost forever, but early in 2014 discovered that a friend (one of the producers on the film) still had a print. The print's not in great shape, as you would expect, but it's watchable. The story centers on a troubled middle-school student and looks very much like an early effort by a film student eager to show off a lot of technique.

The only other extras on the disc are a Trailer (1 min.) and two new interviews. Todd Haynes and Julianne Moore (2014, 36 min.) reminisce about first meeting while Haynes was casting “Safe” and their subsequent continuing collaboration. Christina Vachon (2014, 16 min.) delivers a fantastic, insightful interview in which she talks about her early years producing Haynes' films and the historical context in which “Safe” was released as well as some of the backlash the movie generated.

The slim fold-out booklet (increasingly the default format for Criterion and not my favorite since it makes the essays awkward to read) includes an essay by critic and programmer Dennis Lim.

Film Value:
“Safe” grew in popularity in the years immediately following its release and was eventually named the film of the 1990s in a Village Voice poll. I wouldn't go that far, but it's a sharp movie and a memorable experience with a great performance by Julianne Moore. The extras aren't too extensive, but the transfer looks great.
Posted by Christopher Long at 12:10 AM